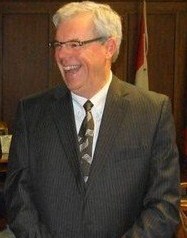 The provincial government and the federal government have promised Manitoba $42 million to improve flood protection measures.

The majority of the money will come from savings in the recently completed expansion of the Red River Floodway, the massive ditch that diverts water around Winnipeg, which ended up $38 million under budget at $627 million.

“This $38 million in savings will allow other communities, families, and business to be protected all around Manitoba,” Premier Greg Selinger said.

Brandon is to receive $27 million. In the spring of 2011, hundreds of homes were evacuated due to severe flooding. Most of the money will be used for work already underway, such as a key dike along 18th street, Mayor Shari Decter Hirst said.

The remaining $15 million is to be used to convert temporary protection measures into permanent ones in seven communities, including St. Clements, Souris, and Melita.

Manitoba has worked to improve its complex system of ditches, dikes, and outlets since the devastating “flood of the century” in 1997.

The province sees some flooding almost every year as melt water arrives from as far away as the Rocky Mountains. Farmland and rural highways are most frequently affected. During bad years, some towns become cut off, having to close off main roads until the water recedes.

The outlook this year is fairly positive, although government officials warn much depends on the weather in April and May.