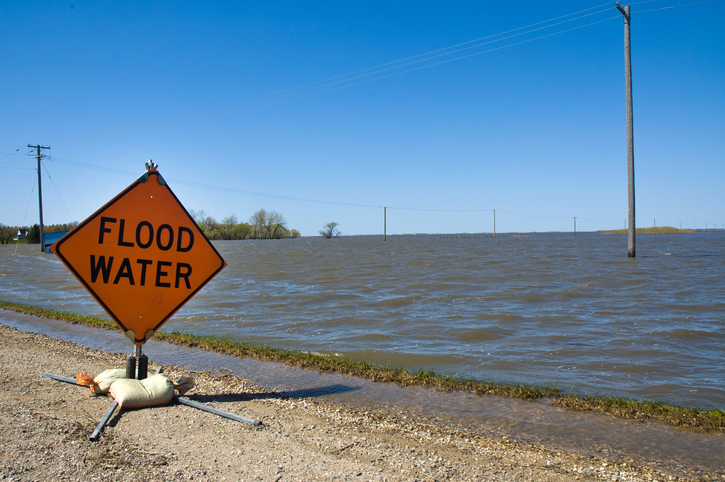 Manitoba has released its 2017 January Conditions Report, which indicates that normal to well-above normal soil moisture and winter precipitation to date, combined with future unfavourable weather conditions, will result in the risk of moderate to major overland flooding across the province.

The province’s Infrastructure Minister, Blaine Pedersen, announced: “We have experienced some unusual winter weather to this point that has contributed to an expanded risk of overland flooding in Manitoba.” Pedersen continued, “The Manitoba Hydrologic Forecast Centre will continue to assess data over the coming weeks to refine future flood outlooks.”

The potential for overland flooding is estimated as moderate to major in most areas of the province. The report notes this could change depending on weather conditions between now and the spring melt, with February and March flood outlooks further defining the flood potential.

In a report last week from MIT, scientists who have used a NASA satellite to track and better understand moisture content in topsoil found that moisture persistence and the “memory” of anomalies retained by the topmost layers of soil is greater than predictions expected. David L. Chandler, MIT News, wrote, “On average, about one-seventh of the amount of rain that falls is still present in that topmost layer of soil three days after it falls — and this persistence is greatest in the driest regions.” As can be seen below, areas of Manitoba and the prairies fall mid-range on the retention index.

Overland flooding is an increasing concern for Canadians. As Water Canada has reported, many Canadians residents, cities, and municipalities are ill-prepared for flooding.

The Manitoba government and municipalities are preparing for spring flooding. Preparations include working with municipal emergency management teams to review existing emergency response plans and sharing information through conference calls and flood information seminars in Morris, Brandon, and Selkirk.

The first full flood outlook is expected at the end of February. The 2017 January Conditions Report is available at www.gov.mb.ca/flooding. The report from MIT can be found at news.mit.edu/2017/smap-satellite-memory-soil-moisture-0116.