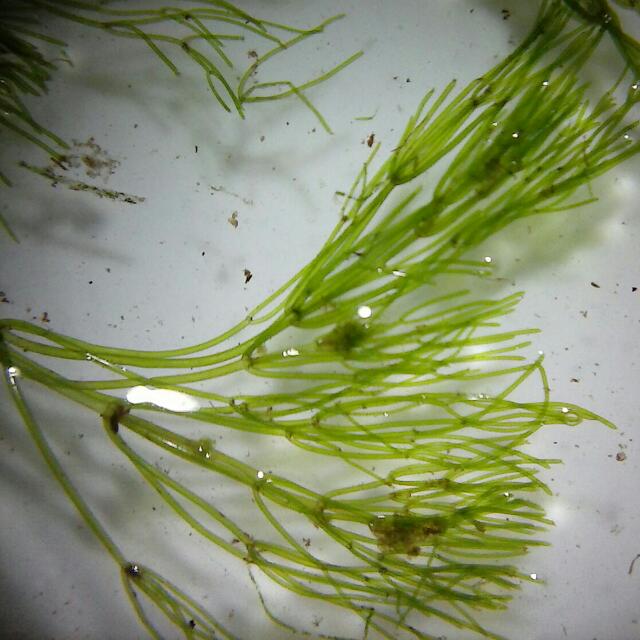 Spraying herbicides to kill weeds has become a normal practice among farmers, with many regularly dousing their fields to ensure space and nutrients for their crops. Streams receive the bulk of the runoff that contains these weed-killing chemicals, but little research has tracked the effects on key organisms in the water.

An article in the current issue of the journal Phycologia looked at a Brazil-based study that examined the effects of glyphosate-based herbicides on a type of green macroalgae that is common in streams around the world. The researchers anticipated that the macroalgae would be sensitive to the chemicals, which would affect their photosynthesis, chlorophyll levels, and respiration. According to professor David Garbary, the editor of Phycologia,

“This paper provides an important contribution to our knowledge of the environmental toxicology of glyphosate-based herbicides in freshwater aquatic systems.”

Glyphosate-based herbicides are some of the most widely used weed killers worldwide. Large amounts run off into streams, exposing the freshwater ecosystems to the chemicals. Several studies have found glyphosate contamination in Canadian, U.S., French, Argentinean, and other waters; however, the authors of the current study found no research on the effects of these herbicides on macroalgae.

Macroalgae are ideal for monitoring the health and clarity of rapidly moving fresh water. In streams, they are some of the most important organisms when it comes to cycling nutrients and increasing plankton.

The current study tested several concentrations of technical-grade glyphosate, Roundup weed killer, and aminomethylphosphonic acid (AMPA) to find out how they affect Nitella microcarpa var. wrightii, a green algae that is found worldwide. Samples were collected from a stream in southwestern Brazil.

The authors found that, when used together, glyphosate and Roundup strongly reduced algal photosynthesis. According to author Ciro Cesar Zanini Branco, “Such effects are related to the concentration of the active ingredient and also to the exposure time. These impacts were observed even at the concentration levels allowed by Brazilian regulations.”

In contrast, AMPA boosted photosynthesis. Dark respiration, or respiration that occurs regardless of light, also increased with AMPA treatment. Finally, the current study found less chlorophyll when AMPA and certain amounts of glyphosate were applied.

Clearly, the performance of the algae was affected by the herbicides. It seems that the form of the herbicide (glyphosate, glyphosate plus Roundup, or AMPA) is crucial in determining the intensity of the effects, which means that algal productivity could shift visibly depending on the types of herbicides applied to agricultural land near a stream—even if farmers are using them legally. As the authors noted, even legal concentrations of Roundup in Brazilian waters “may present significant environmental risks.”

Full text of the article “Assessment of the Potential Toxicity of Glyphosate-Based Herbicides on the Photosynthesis of Nitella microcarpa var. wrightii (Charophyceae),” Phycologia, Vol. 55, No. 5, 2016, is now available.

Vernon, U Vic, and Genome BC to Partner on Stream Health