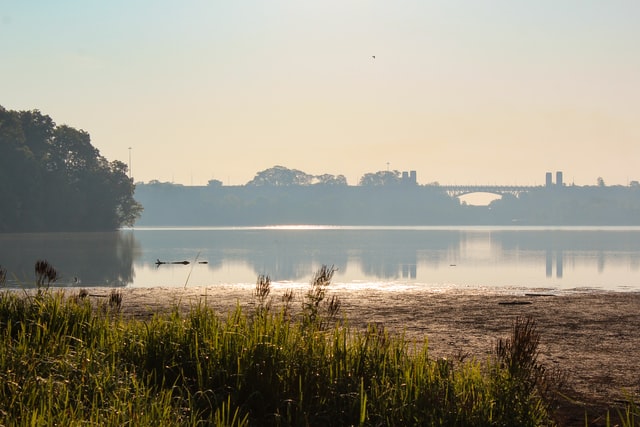 Hamilton, ON – The City of Hamilton has received a 2022 Water Efficiency Award from the Ontario Water Works Association (OWWA) for its Proactive Leak Detection Program. The OWWA Water and Energy Efficiency Committee has recognized outstanding initiatives in water efficiency in both the public and private sector annually for ten years.

Since it launched in 2019, the Proactive Leak Detection Program has resulted in an estimated savings of more than $5 million with 59,915,480 m3 of water saved based on the City’s non-revenue water (NRW) calculator. There was also an estimated costs savings in reduced energy consumption of $473,000. The program has identified and repaired 264 leaks on City infrastructure and identified 68 private-side leaks. The intended result is to repair sources of NRW caused by leaking infrastructure, as well as to reduce the amount of energy used to produce and distribute lost water.

The City Proactive Leak Detection Program started with a pilot in 2019 using advanced technology to improve leak location accuracy. The pilot resulted in 185 potential leaks being found with 177 of those requiring action. Hamilton Water expanded efforts to implement a full-scale proactive leak detection program based on the 95.6 per cent accuracy rate in the pilot.

The City of Hamilton now has highly accurate technology to identify leaks so they can get ahead of pipe breaks and focus on repair, rehabilitation, and replacement. In 2021, City Council approved two permanent full-time employees to provide staffing resources to support this program.

The Leak Detection Program has the following objectives:

The Proactive Leak Detection Program is a key strategy in addressing the ongoing issue of aging infrastructure. The City of Hamilton has one of the oldest and most complex water distribution systems in Canada with a higher rate (27 per cent – average over the last six years) of Non-Revenue Water (NRW) than the industry average (15 per cent), costing the City millions of dollars. The majority of the City’s watermains are older than 40 years and 35 per cent of the pipes have been in the ground for over 68 years, meaning there is a high risk for pipe breaks and leaks. Between 2012 and 2021 the City had approximately 308 watermain breaks annually.

Before launching the proactive program, the City had a reactive leak detection where leaks are identified and repaired after receiving a call or complaint related to low water pressure, noise in pipes, or a visual water leak.

Due to Hamilton’s unique geography and often rocky porous ground there are many watermain leaks and breaks that do not surface and have the potential to remain undetected for years. These hidden leaks account for a large amount of non-revenue water and can be far more damaging to the pipe network, with erosion of pipe bedding leading to major pipe breaks.

The Proactive Leak Detection Program has given the City valuable data to plan for $180.6 million in watermain replacement and rehabilitation over the next 10 years. The program has also resulted in a reduced risk to City infrastructure, including the pipe network from the erosion of pipe bedding leading to major pipe breaks and even damage to foundations of roads, bridges, buildings, and other features.