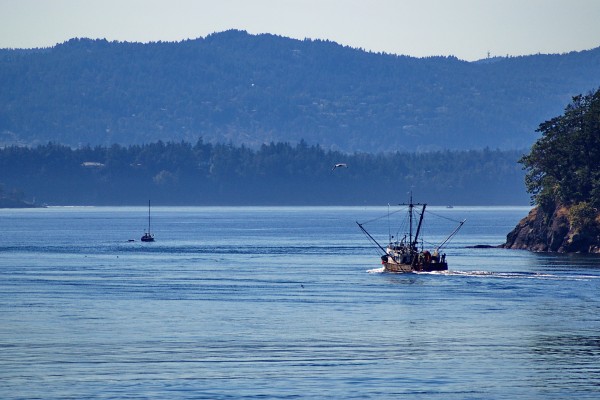 Green Party leader Elizabeth May issued a press release regarding Commissioner of the Environment and Sustainable Development, Julie Gelfand’s three reports that were tabled in Parliament yesterday.

The CESD tabled provided her office’s analysis on the federal government’s progress on commitments for salmon aquaculture, conserving biodiversity and on Canada’s preparedness to implement the United Nations’ Sustainable Development Goals. All three reports indicate that the Government is falling short on its commitments to Canadians and the international community.

“The Commissioner notes that Environment and Climate Change Canada (ECCC) are not on track to meet numerous Canada 2020 biodiversity targets, including lowering pollution levels in Canadian waters and recovering healthy aquatic ecosystems. The ECCC removed the deadline to reduce phosphorus levels in Lake Erie by 2025. This is a step back.

“Basically we’re without leadership, oversight and the proper capacity to assess risk,” said Ms. May

She urged Fisheries and Oceans Minister Dominic LeBlanc to overhaul the regulatory framework that monitors marine life and coastlines. “There’s a conflict of interest at the heart of the Department of Fisheries and Oceans. They are mandated to protect our coastlines and fish stocks and encourage economic growth through the expansion of aquaculture. The evidence suggests the department takes its economic mandate more seriously than its ecological regulatory role. That’s why I recommend that the mandate for economic growth be transferred to Agriculture Canada so that Fisheries and Oceans can properly fulfill its ecological mandate.

“The Green Party of Canada maintains that it is in the national interest to provide national leadership on environmental policy and sustainable development. The Trudeau administration’s stated good intentions must be accompanied by the hard work of competent scientists and engineers and the implementation of sound managerial practices, not just self-promoting public relations and attending conferences.”

Research Looks for the Most Energy Efficient Path to SDG 6