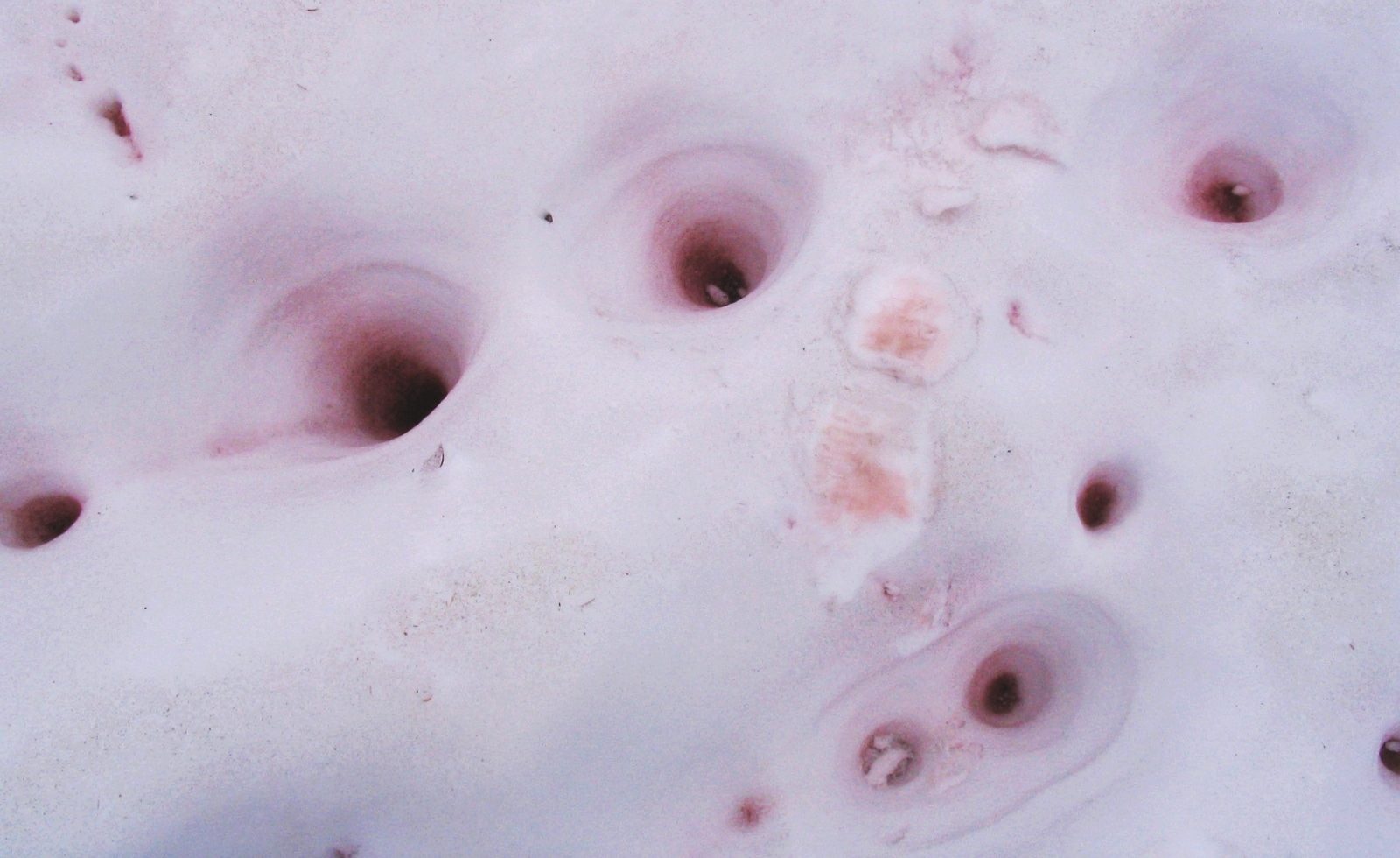 Genome BC has announced that it will devote resources to studying the algae and its microbiome that causes red snow, also called watermelon snow.

Observed globally in alpine and polar regions during the summer, red snow is caused by blooms of microscopic algae and their associated microbiome, including fungi, bacteria, and viruses. While white snow reflects solar radiation, red snow absorbs up to 20 per cent more energy from the sun, which accelerates snowmelt and increases global heat retention.

“We now know that microbiomes are key parts of our bodies and all living organisms around us,” said Dr. Catalina Lopez-Correa, chief scientific officer and vice president, Sectors, Genome BC. “Our investment in these [Sector Innovation Program] projects will help us better understand the significant role that the microbiome plays in larger ecosystems.”

Red snow is common in B.C.’s mountains and contributes to the rate of snow melt, and so directly affects watersheds where high elevation snow packs produce the flow of water into salmon streams and drinking water reservoirs. As well, early snow pack melt can contribute to early spring flood events.

Genome BC is funding the research to provide a better understanding of how the algae’s microbiome persists in this harsh environment and its effect on the larger ecosystem. A team led by Simon Fraser University’s Lynne Quarmby will seek to identify which microbial species are present, why species occur in different locations at different times, and how these species interact. In addition, this project will establish a B.C. Snow Algae Culture Collection and a biobank of field samples to support future research.

This work, funded in the fourth round of Genome BC’s Sector Innovation Program (SIP), will be foundational for future assessment of climate change impacts in the province’s alpine regions and will inform water management practices in the changing climate.

Established in 2000, Genome British Columbia manages a cumulative portfolio of over $1 billion in more than 343 scientific research projects and technology platforms, investing in genomics innovation to address critical challenges in key economic sectors, such as health, forestry, fisheries and aquaculture, agrifood, energy, mining, and the environment.