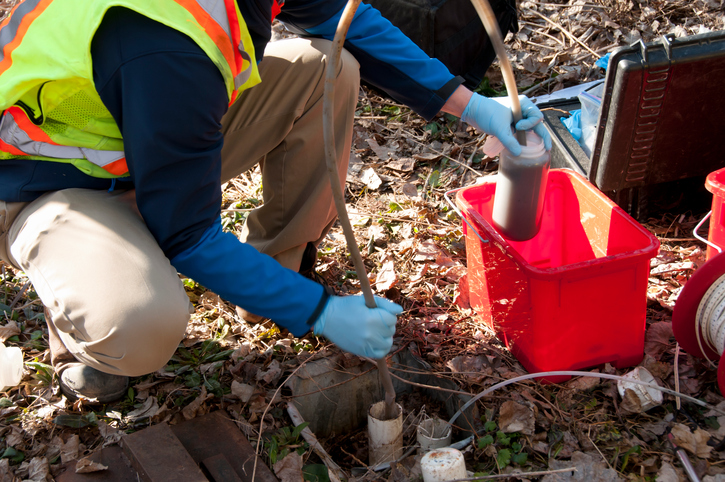 Most of the groundwater in the world that is accessible by deep wells is fossil groundwater, stored beneath the earth’s surface for more than 12,000 years. However, new research, led by University of Calgary hydro-geologist Scott Jasechko and co-authored by an international team of researchers, has demonstrated that ancient water is not immune to modern contamination, as has been widely assumed.

The team analysed carbon isotopes data gathered from 6,455 wells globally and the majority of the earth’s groundwater is likely fossil groundwater, derived from rain and snow that fell more than 12,000 years ago. The team was able to demonstrate that fossil groundwaters comprise a large portion of aquifer storage in the earth’s crust and of wells deeper than 250 metres. They also found that half of the wells in their study contained detectable levels of tritium, which indicates younger water has been able to reach fossil aquifers, indicating that contemporary contaminants can reach fossil groundwater.

“The unfortunate finding is that even though deep wells pump mostly fossil groundwater, many still contain some recent rain and snow melt, which is vulnerable to modern contamination,” said Jasechko. “Our results imply that water quality in deep wells can be impacted by the land management decisions we make today.”

Groundwater is the water stored beneath the earth’s surface in soil pore spaces and within the fractures of rock formations. It provides drinking and irrigation water for billions of people around the world. Jasechko and his team have determined that this fossil groundwater accounts for between 42 to 85 per cent of total fresh, unfrozen water in the upper kilometre of the earth’s crust.

Until now, the scientific community had believed that this fossil groundwater was safe from modern contamination, but Jasechko’s study has proved otherwise.

Jasechko explains rain and snow that fell after the 1950s contains tritium, a radioactive isotope that was spread around the globe as a result of thermonuclear bomb testing. Disturbingly, traces of tritium were found in deep well waters, which indicates that contaminated rain and snow melt of today may be able to mix in with deep fossil groundwater and, in turn, potentially contaminate that ancient water.

“The upshot is that when we use fossil groundwater we should consider water quality risk in addition to sustainable use,” he said. “We may do well to develop land management plans that protect fossil groundwaters from pollutants so that these resources are available for future generations.”

The entirety of the published research can be found online at Nature Geoscience.