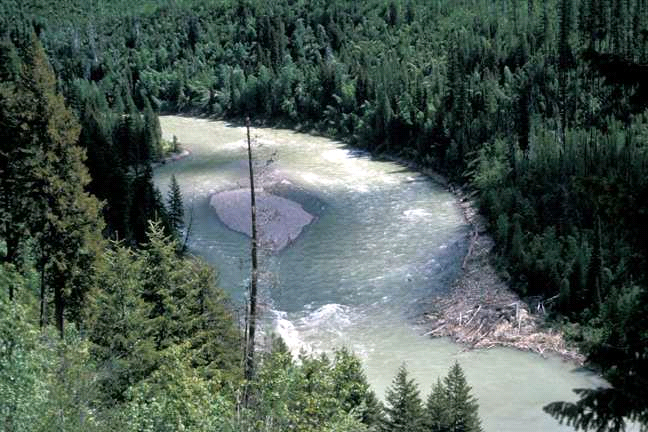 The Flathead River, which flows through southeastern British Columbia into Montana, tops B.C.’s most endangered rivers list for 2009, according to a report from the Outdoor Recreation Council of British Columbia.

The river is at risk, says the report, due to concerns about a controversial proposed open pit coal mine. “The Flathead supports important trans-boundary fish populations while also sustaining the highest density of inland grizzly bears anywhere in North America”, said Mark Angelo, Rivers Chair for the Outdoor Recreation Council. Other threats to the river include coalbed methane development, roads and pipelines.

“The Flathead River is an amazing waterway worthy of protection” notes Mark Angelo, who also chairs the newly established Rivers Institute at BCIT. “No other region along the Canada/US border sustains such a diversity of wildlife and ecosystems,” he added. Angelo also notes that “other existing coal mines in adjacent valleys have significant potential for expansion so it makes much better sense to pursue those options rather than industrialize a new pristine valley such as the Flathead.”

Angelo says that the problems of B.C.’s rivers range from dam proposals and low summer flows to the need for improved riverside habitat protection and better collaborative planning, but that the list helps to create awareness. “These issues highlight the fact that you cannot separate the health of our fish stocks from the health of our rivers,” he says. “They are completely interdependent.”