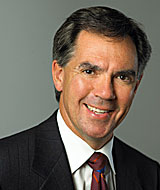 This announcement comes nearly two months after the signing of the Canada-Quebec PRECO agreement on March 26 by PM Stephen Harper, and the Premier of Quebec, Jean Charest.The PRECO agreement is possible due to a joint contribution from Canada and Quebec of approximately $700 million. With municipal contributions, over $1 billion will be available for projects that will be completed in the next two years.

The federal contribution to PRECO comes from the $4-billion Infrastructure Stimulus Fund, part of Canada’s Economic Action Plan. The federal government set aside up to $350 million of this fund for projects approved through PRECO.

The $350-million contribution from the Government of Quebec is part of the Quebec infrastructure plan, le Plan Quebecois des infrastructures, which was expanded in January 2009 and includes an investment of almost $42 billion for renewing existing infrastructure throughout Quebec over the next five years.