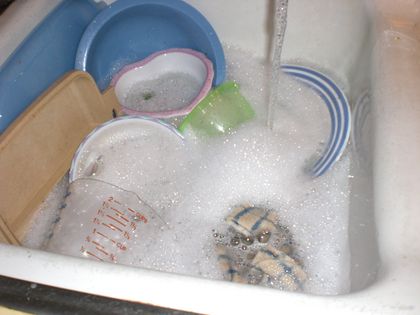 An effort led by Manitoba to reduce phosphorus in consumer products across Canada goes into effect July 1 when a ban on dishwashing detergent containing phosphorus is enacted across the country, Water Stewardship Minister Christine Melnick announced last week.

“I am pleased the federal government followed the lead of Manitoba by introducing a ban on household dishwashing detergent containing high levels of phosphorus,” the minister said. “We all share fresh water in this country and we share the responsibility in protecting this precious resource.”

The national ban affecting household dishwasher and dishwashing detergent containing more than 0.5 per cent phosphorus is consistent with the measures contained in Manitoba’s Phosphorus Reduction Act passed in June 2008.

Manitoba’s actions, similar legislation passed in Quebec and lobbying by the Canadian Specialty Products Association prompted the federal government to introduce national standards on this product.

Melnick said she is pleased that manufacturers and retailers have taken responsible action in helping Manitobans’ efforts to reduce phosphorus that promotes the growth of algae that is harmful to Lake Winnipeg and other sources of fresh water. Manitoba’s legislation will only apply to residential detergents at this time as it continues to pursue a national approach to dealing with commercial and industrial dishwasher detergents.

Additionally, in 2009, Manitoba followed Minnesota’s lead and introduced a ban on the application of lawn fertilizers containing more than one per cent phosphorus.

Following public education, random surveys of retailers to date have revealed that over 80 per cent of products on shelves complied with the ban, the minister noted. More inspections and followup with retailers will be taking place this spring.

Fertilizers containing higher levels of phosphorus are still permitted for new lawns and gardens, where nutrients can be fully used by plants, Melnick noted.

In addition, golf courses, municipalities and agricultural areas are subject to restrictions under the Nutrient Management Regulation. Under these regulations, no fertilizer can be applied near bodies of water.  Buffer zones range from three metres along most rivers and streams to 15 metres along the Red and Assiniboine rivers and 30 metres along Lake Winnipeg.