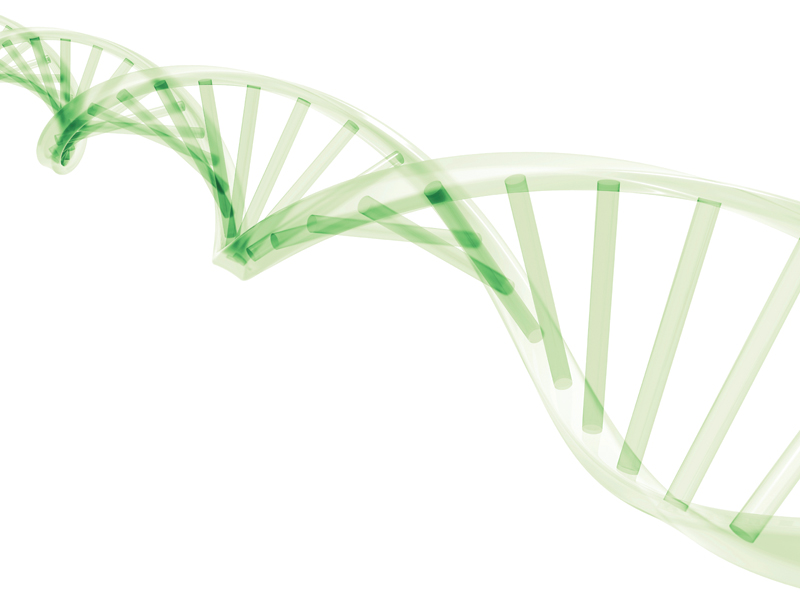 “If you can’t measure, you can’t manage.” This mantra, well known and oft-repeated, couldn’t be truer than in recent years, especially as the potential for environmental contamination grows and the government struggles to keep up with more stringent regulations. The more data available for analysis, the better we can understand how to protect our water supply.

Current drinking water testing involves collecting samples from the tap, rather than at the source watershed. This approach, while structured to keep the public safe, is a bit backwards. In keeping with the mantra, logic would tell us that a holistic approach would start from the source. What is contaminating our supply? How can we stop it before it gets to the tap? What else do we need to know?

What’s more, testing for bacteria contaminants such as E. coli often takes more than two days to complete. If a water supply has been contaminated, this processing time is too long; the water would already have reached people’s homes.

Additionally, these tests do not always reflect contamination of water by non-bacterial pathogens such as parasites or viruses. If we knew more about these contaminants in a shorter period of time, could it make a difference to human and source water health?

A new three-year research project may soon be able to answer that question. Funded by Genome BC, Genome Canada, and other partners, researchers are now looking at how to apply metagenomics (see “What is Metagenomics?” below)—a powerful lens for viewing the microbial world—to testing source water and developing a better way to identify the presence of fecal pollution in watersheds. The results would help provide new tools to track sources of water contamination.

This approach is a long time coming. Currently, the presence of the fecal pollution in watersheds is indicated by the presence of E. coli bacteria. “We should have found something better by now,” says Natalie Prystajecky, co-investigator on the project’s watershed science team. “Compare it to the advances in the HIV diagnostics community: clinical microbiology testing times have dropped to the ground, whereas in water we’re using markers that are 100 years old.”

“Only one per cent or less of bacteria is captured using old methods,” adds Judith Isaac-Renton, co-leader of the $3.2-million project. “Our intent is to discover what’s really in the water—what’s in the other 99 per cent?”

Metagenomics, says Isaac-Renton, allows researchers to look for signatures of anything and everything that’s in a water sample. The team’s first goal is to use metagenomics to measure the impact of pollution on the communities of microorganisms (the microbiome consisting of viruses, bacteria and protists) in different watersheds. The team has spent its first few months fine-tuning sampling techniques. For now, sampling is limited to a few B.C. watersheds in the Vancouver Island, lower mainland, and Fraser Valley areas.

The intent is to eventually develop better, faster tools. By creating profiles and datasets from samples in the field, the project team hopes to develop a large dataset from which to extract specific biomarkers. From there, they’ll translate this knowledge into a simpler, rapid DNA test that will monitor changes in the microbiome in order to detect pollution and pinpoint its specific source. Over the next three years, the project will not only develop a prototype for more effective water testing at the watershed level, but also aims to fundamentally change the current system of slow and often imprecise culture-based bacterial testing. A simplified testing process will reduce days to hours, and provide profiles of all microbes present in a water sample rather than just E. coli bacteria.

As Prystajecky points out, E. coli is a poor indicator of pollution because it dies relatively quickly. “Right now we’re focused on such a narrow suite of indicators,” she says. Dangerous parasites such as giardia and cryptosporidium can survive for months in cold water, and, currently, there is no process for detecting them. Looking at all types of microbial pollution could change things. In fact, the team’s research could eliminate the need to use E. coli as baseline bacteria.

The team’s goal is to develop a microbial source-tracking tool will mean that analysts could see the full spectrum of microbial biodiversity that, traditionally, cultured samples could miss. This could vastly improve the ability to quickly identify and treat the origin of pollution. “As we start to see superbugs, or come to grips with specific bugs like legionella in the water supply, metagenomics will come in handy as a methodology,” says Kevin Wong, executive director of the Canadian Water Quality Association.

By engaging in source water testing (rather than testing at the tap), the team also expects to target more effective response in instances where contamination is found. “We need to go further into the watershed to understand where pathogens are coming from,” says Prystajecky. “We want to look at preventative rather than reactive watershed health.”

On the wastewater side, Wong says, metagenomics could help researchers specifically colonize a system to manage one parameter (see “Remediate This,” below). For example, if you’re using a constructed wetland to digest residual glycol from an airport’s runoff, then colonizing the environment with a specific bug and monitoring to maintain that biota would offer metrics towards the success or failure of the system in the future.

“As we begin to understand the beneficial bugs, we would enhance an environment to trigger waste processing. This might include introducing ‘foods’ that would allow the bugs to flourish,” says Wong. “It may mean a whole new way of looking at the wastewater industry.”

Wong says he sees metagenomics applications as a driver for change in regulations and standards around emerging contaminants such as pharmaceuticals. As for known contaminants, it may signal a move toward advanced digestion processes at wastewater treatment plants. “Depending on the funding model, it could potentially change the sector significantly, encouraging some technologies and discouraging others,” he says.

“Trying to figure out all of the bugs is a scary thing, because we don’t know what’s there,” says Isaac-Renton.

New discoveries could impact not only policy, but the public’s understanding of safe water. That’s why the project includes the Genomics and its Ethical, Environmental, Economic, Legal and Social Aspects (GE3LS) component.

The GE3LS group is co-chaired by Leila Harris and Natalie Prystajecky. The east coast team based at McGill University is composed of Vural Ozdemir, Yann Joly, and Bartha M. Knoppers. They will conduct interviews with key societal stakeholders, such as watershed managers, local community members, municipal politicians and businesses to develop a map of stakeholder interests, including perceptions towards evidentiary requirements to adopt the tests, identify key strategic facilitators and potential roadblocks to utilization of the diagnostic tests.

The west coast team, based at the University of British Columbia, includes Bev Holmes, Natalie Henrich, and Karen Bakker. Using a foresight-driven approach, they will survey and map a broad range of scientific and policy stakeholders for their strategic priorities and perceptions on the type and extent of evidence necessary to adopt the tests.

“One of the most interesting things to discuss is the eventuality that we may discover things in water that we didn’t know were there,” says Christina Cook.

Cook works on a related project funded by the Canadian Water Network (CWN). Her job is to investigate barriers to uptake of new molecular tests, including potential legal and policy barriers to taking up new methods.

“What effect would these discoveries have on water users?” asks Cook. “We need to do more work on what that might mean. How we might change where we test water in the source-to-tap framework is another interesting area of exploration in this project. Also, what do people need to know in order to trust new testing methods and technologies?”

Together, the GE3LS teams will develop an anticipatory governance framework that will help identify both designer (scientists, technology innovators) and user interests and provide policymakers with an early awareness of strategic issues and roadblocks. In effect, this helps the group to enable the technology to be accountable to different users and develop better diagnostic tests.

“We’re expecting a huge paradigm shift, but not overnight,” says Prystajecky. The team’s next step will be implementation. Patrick Tang, project co-leader, says that he’s confident that the prototype the team is developing will ensure that safe, rapid water supply testing becomes a reality. The British Columbia Centre for Disease Control will be an early adopter of this testing method and the research project is partnering with the CWN in the third year of the project to pilot the water-testing prototype in watersheds across Canada.

“Even in a developed nation like ours, we need to better manage our water supply,” says Isaac-Renton. “The tools we currently have at our disposal are simply inadequate. Through the work of the multidisciplinary team, substantial improvements to current water protection approaches will be realized. These new tools will go a long way towards water quality improvements.”

—With files from Genome BC

Metagenomics is the study of metagenomes, genetic material recovered directly from environmental samples. The term first appeared in 1998 soil chemistry paper by Handelsman, Clardy, Goodman et al that referenced the idea that a collection of genes sequenced from the environment could be analyzed in a way analogous to the study of a single genome (the entirety of an organism’s hereditary information encoded either in DNA or RNA). Recently, researchers at the University of California, Berkeley defined metagenomics as “the application of modern genomics techniques to the study of communities of microbial organisms directly in their natural environments, bypassing the need for isolation and lab cultivation of individual species.”

According to a 2010 paper by George I et al, metagenomics can improve strategies for monitoring the impact of pollutants on ecosystems and for cleaning up contaminated environments. Increased understanding of how microbial communities cope with pollutants improves assessments of the potential of contaminated sites to recover from pollution and increases the chances of bioaugmentation or biostimulation trials to succeed.

This article was republished in Engineering World‘s June/July 2012 issue.