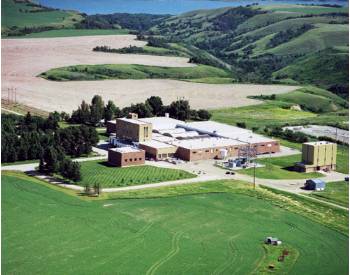 The City of Regina recently approved a recommendation for a 45-year deal to supply Western Potash Corpwith the City’s treated wastewater. The arrangement to supply treated wastewater for use in mine processing would be a first for the City, and it’s one Stella Matheson, director of water and sewer services, calls a “win-win for everybody.”

Matheson told Water Canada that the $228-million deal is in line with City’s mandate to find innovative and sustainable ways to increase revenues, streamline efficiencies, and narrow the infrastructure gap.

“This is one of the things that we were considering and contemplating as we were designing the new waste water treatment plant … an opportunity to look at revenue opportunities around the effluent.”

Currently, the city’s wastewater is treated and then it flows back into Wascana Creek. The deal would see roughly half of that water piped to the new mine, located 35 kilometres southeast of the City. The distance is “reasonable” according to Jim Waggoner, director of licensing and water use for the Saskatchewan Water Authority, and is relative to similar projects.

Western Potash will use the recycled water during processing, and the majority of it will then evaporate because of the temperatures, according to Waggoner.

“There’s a small amount of the water that’s used in the processing that ends up being injected into the deep groundwater formations that are already saline. And the balance of the water—most of it—just ends up getting evaporated,” says Waggoner.

Western Potash Corp would be responsible for all capital costs associated with the new infrastructure and any modification to existing City-owned infrastructure required to pipeline the water to the mine.

“They will design, construct, and pay for the pump house, and a pipeline all the way down [to the mine]. So this really does take advantage of, not only our existing infrastructure, but the water that we use and recycle. And so from that perspective it’s really a win-win for everybody,” says Matheson.

“That was certainly one of the things that was important to us as a municipality, was to minimize the risk to the city, and our customers, and our citizens, and so really risks like that—those investments—will be from Western Potash.”

The $500,000 commitment fee helps the City cover the investment it’s put into negotiating the deal, according to Matheson, while the $600,000 holding fee means the City will hold these terms and not allocate water to other customers.

“We could be looking for other customers and so that’s the risk that we take,” states Matheson. “It offsets some of that risk for us by having that commitment fee.”

Matheson also points out that the other obvious risk—the environmental impacts this will have on the water systems—is at the top of the priority list for the City.

“That’s one thing we’ve been trying to stress both to council and the media the public … there will be impacts, but a matter of both positive and negatives ones, and we will asses those … if the negative ones do outweigh the positive ones, then there is a process for developing and implementing mitigating actions.”

She explains that it will be the responsibility of Western Potash Corp to deal with the affluent in a manner that meets all environmental regulations. A full environmental impact report is still being conducted.

Waggoner explains that the ground water sources near the potash mine are not sufficient to meet the processing demands, which is why Western Potash originally approached the City to discuss alternatives.

One of the options Western Potash had before the City was to put in its own water supply line, explains Matheson. The other alternative was to put in a waterline pump house and take directly from Buffalo Pound Lake, which is where the city draws its potable water supply.

“As a utility, we have been looking at opportunities to make sure that we’re a sustainable utility … it’s also incumbent upon us as utility to deliver services efficiently and effectively, and so we have a focus of being innovative … so it was quite timely when Western Potash came along,” says Matheson.

Both Matheson and Waggoner reinforced that the misconception that the City is “selling” the wastewater is an important one to clarify.

“Some of the recent news releases are headlining that Regina is selling the water to Western Potash, and I just want to clarify that. They really can’t do that. They can’t sell water. They don’t own it to begin with.  It’s a provincial resource. So what they’re charging for, is they’re charging an access fee,” says Waggoner. “That’s a very important point.”

BIOREM Gets $1.2M from Ontario

Montreal to Get $84.4M from Clean Water and Wastewater Fund