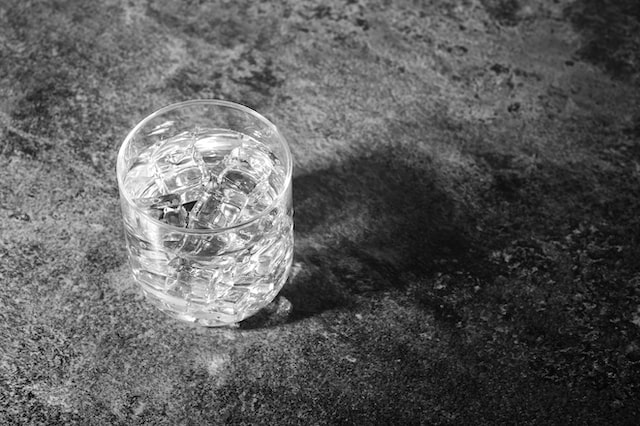 Beyond a vague sense of thirst, many of us give little thought to the water that flows forth crisp, clean, and translucent bordering on invisible, when we turn on the tap. Unrestrained and with almost reckless abandon we let the tap fill our glass, with at least some evading the glass before swirling into darkness; more, if levels of attention and awareness wane at this most crucial moment.

For thousands of people across Canada, however, moments of thirst present an entirely different experience. From coast to coast to coast, most starkly in Indigenous communities, potable water and the treatment plant operators who labour to keep systems safe and working effectively are a precarious resource.

It’s been a scant few decades since James Trimble hauled water by bucket from the one-inch-diameter above-ground steel pipe lining the streets of Aklavik in the Northwest Territories. The hamlet, one of Canada’s most northernmost communities, is surrounded by water. The Arctic Ocean offers an endless vista to the north and west, the Mackenzie River skirts the east and south, and smaller creeks and streams abound. Yet, stunningly, Aklavik lacked indoor plumbing as recently as the late 1970s and early 1980s.

“You went out to the road, turned on the tap, filled your bucket and carried it back into your house,” Trimble recalls. That was in the warmer months. In wintertime, the pipes shut down and Trimble and other young people fetched ice from the river to supply water for cooking, washing, and drinking.

Established in 1912 as a Hudson’s Bay Company trading post, Aklavik held its own for the first half of the century. With a population of more than 1,600 people of mostly Inuit and Dene, but also Métis and non-Indigenous heritage, Aklavik served as a regional administrative centre for the territorial government. By 1953, however, perennial flooding drove the government to develop a new community, Inuvik, 63 kilometres to the east, and relocate there.

While some 600 people chose to remain in Aklavik, the network of pipes proved more than an inconvenience. It’s believed that warm summer days and a 24-hour sun nurtured a build-up of Helicobacter pylori, bacteria that have troubled the community and been linked to a sharp rise in stomach cancers. However, it was a growing desire for flush toilets and other conveniences taken for granted by most Canadians that proved the catalyst for an eventual move to indoor plumbing, with water delivered by truck.

“People wanted water in their house so they didn’t have to haul it by pail,” Trimble explains. “If you wanted a flush toilet in your house, you had to have a tank and system to hold the water.”

Trimble went on to work for Indigenous communities in British Columbia, Labrador, and Ontario before joining the Atlantic First Nations Water Authority as operations manager a year ago. He, too, tested positive for traces of H. pylori, but eliminated the bacteria with help from medication. Still, as a water professional, he’s acutely aware Aklavik’s piped water never underwent any testing, and he understands the lasting preference some of the community’s oldest residents have for ice blocks despite ready access to certifiably potable tap water.

Trimble says Indigenous communities across Canada that have experienced long-term contamination of their wells and cisterns share a similar lack of faith. “You get communities where the water’s been so bad, or where you’ve had well water for so long, even when you put a good system in, people don’t trust it.”

“One (of those communities) has been over 25 years and I think the other one is 13 years,” Hassler says, expressing frustration that ever-changing plans and revisions add to both the time lag and the eventual cost. “The first design wasn’t appropriate,” Hassler says. “It couldn’t handle all the (naturally occurring) iron, manganese, and ammonia.”

Boiling will destroy bacteria, of course, but heavy metals and some other contaminants remain, and Hassler points out something deeply unsettling—while most residents drink bottled water, some “can’t afford to go to town and get bottled water so, yes, they are drinking the water.”

The new facilities will likely become operational sooner or later, but the cycle seems endless. Hassler recalls stories about “hauling water” and “personal lagoons” in the not-so-distant past, and he sees a multi-pronged problem. To start with, he’s clearly piqued by government officials choosing to fund generic systems designed without specific consideration of a region’s unique geology or other local needs. However, this is exacerbated by a widespread lack of appreciation for water operators who are largely dedicated, hard-working, and industrious, yet tend to be older and sometimes lacking the kind of formal education and training that would enable them to properly navigate the vagaries of highly technical systems.

“A lot of these water plants are designed and picked by ISC and by engineers and handed over to the community,” Hassler says. “There isn’t much training. It’s kind of like, here you go, this is what you do, and then they’re gone. And so a lot of our operators are stuck. They only have their Grade 10. We don’t have a lot of younger people with a standard Grade 12 education or GED, so they need help troubleshooting a lot of the problems.”

While non-Indigenous communities, especially rural ones, are also facing an operator shortage, this is generally attributed due to a lack of enthusiasm many young people have for the trades. After all, industries as diverse as trucking and construction are also decrying a lack of young, skilled workers. However, the shortage Indigenous communities across Canada are experiencing is particularly acute.

To a considerable extent, the issue boils down to money. Skilled workers in resource industries such as mining and oil and gas often earn six-figure salaries, yet operators in Indigenous communities frequently earn little more than minimum wage, especially if they are still in the process of obtaining all of their certifications. Furthermore, the work environment is often demanding and budgets are tight.

“Some operators aren’t getting full hours, so sometimes on weekends they’re only paid for two hours a day,” Hassler says, noting that operators often use their own equipment and borrow supplies from neighbouring communities.

As operations and maintenance manager with Lytton First Nation in British Columbia’s Fraser Canyon, Warren Brown oversees everything from water and wastewater to roads and band council buildings. His crew of six includes two water operators, both of whom have earned their certifications yet are frequently asked to do unrelated work, even though they drive more than 150 kilometres daily looking after seven distinct water systems as well as individual septic systems over a patchwork of 56 reserves.

And that doesn’t include special projects. Working closely with water and engineering professionals, for instance, Brown and his team recently completed a pilot project that saw ultraviolet-based point-of-entry water systems installed inside five houses that were too isolated to be served by the First Nation’s mainline systems. The occupants had long been on precautionary long-term boil water advisories and were wary of the new technology. However, Brown and his team gradually won them over, to the point that the homeowners handed them keys so the systems could be regularly monitored.

Yet, even though it’s safeguarding a basic necessity of life, the operations and maintenance department is cash-strapped and Brown has to manage funds carefully to ensure he can pay his operators more than the provincial $15.65 minimum hourly wage. Brown says maintaining a warm, collegial working environment also helps promote operator retention.

Still, Brown knows plenty of operators elsewhere who have left, or talked about leaving, for far better pay for comparable water-related work at oil and gas project sites. “They pay more,” Brown says frankly. “One drilling site was advertising for a certified Level 2 water operator to take water samples and whatnot, and the starting rate was $42 an hour.”

Brown, who speaks regularly with neighbouring Indigenous and Settler communities to discuss the various water related issues they all face, says low pay and challenging working conditions are evident in Indigenous communities across Canada. In many cases, operators work alone and it’s hard to take holidays and attend professional development courses.

“Sometimes it’s all a Band can afford,” Brown says, noting that communities are often largely reliant on ISC funding, which doesn’t always meet First Nations’ needs. However, Brown acknowledges that ISC is largely beholden to federal government policies. “It goes way up to the top as to what can be done to give First Nations a real-world wage,” he says.

Ultimately, band councils decide how money is spent, yet securing funding for water can be a struggle when there’s multiple vital needs. “In order to get clean drinking water,” Brown asks, “do we divert more funds towards the operations and maintenance department and take it away from welfare and social assistance programs or from community-based food programs?”

For Brown, respect for water and water operators goes hand in hand, and it’s that message he bears when speaking with his band council and touring schoolchildren around one of his community’s water treatment plants. “It’s important people understand how much work goes into making their water safe, so we don’t have water restrictions in the summertime and so we can have that nice cup of clear water to drink.”

Saul Chernos is a freelance writer for Water Canada.