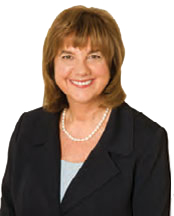 Meeting the new federal wastewater regulations is an important national project that requires a national funding plan supported by all orders of government, according to the Federation of Canadian Municipalities (FCM). The organization issued a press release in response to yesterday’s announcement from the federal government.

“The federal government reached out and worked with our communities when it wrote these regulations, and now it needs to keep working with our communities to make sure we can pay for them,” said FCM’s president, Karen Leibovici, in the release. “We need a national funding plan so we can protect the environment and municipal property taxpayers.”

Municipalities have said that funding for the new regulations must be added to the federal government’s new Long-Term Infrastructure Plan (LTIP) to pay for the once-in-a generation costs of meeting the new requirements. The new costs are above and beyond what municipalities already need to maintain and expand core infrastructure, says FCM. The LTIP is being developed by Infrastructure Canada and will be in place before current federal funding programs expire in 2014.

“The new Long-Term Infrastructure Plan gives governments the chance to work out exactly what the regulations will cost and how to pay for them” said Leibovici. “At the same time, the regulations give us a new model for taking stock of other infrastructure needs and setting clear goals to meet them, whether it’s roads, bridges, drinking water, or public transit.”