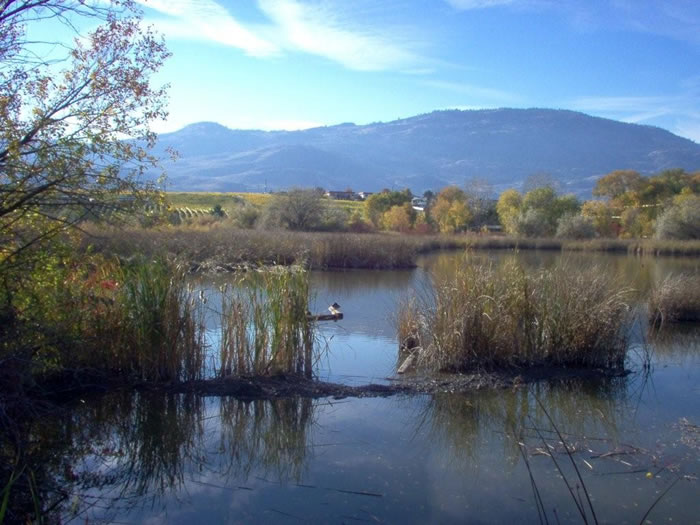 The International Joint Commission (IJC) is holding public hearings on the renewal of Operating Orders for Osoyoos Lake July 24 in Oroville, Washington, and July 25 in Osoyoos, British Columbia.

Currently, an agreement between Canada and the United States regulates water levels on Osoyoos Lake to protect against both drought, and flooding for the benefit of agriculture, tourism, municipal interests, and fisheries protection on both sides of the border.

It’s been 25 years since such hearings have been held.

“A 25-year agreement is not the standard,” said Osoyoos mayor and Okanagan Basin Water Board (OBWB) chair, Stu Wells, in a press release. “I strongly encourage people to come to this meeting, and have their voice heard.”

“It’s very important, especially if we’re looking at new Operating Orders that have no date for renegotiation, and renewal,” noted Oroville city councilor, Walt Hart III. He is hoping that the new agreement is not indefinite, adding that it’s not easy to foresee future water issues.

The public hearings are a follow-up to last September’s Osoyoos Lake Water Science Forum. The forum brought together IJC, federal, provincial/state and, locally-elected officials on both sides of the border, as well as water stakeholders, residents, and others to hear the latest scientific research on how best to manage our shared water supply.

It was also an opportunity for informal comments, said Wells.

“These public hearings, however, are an opportunity to have your comments entered into the public record, and will help form the basis of a new agreement.

”The Okanagan Basin Water Board went on record at the forum and in follow-up correspondence to the IJC that it had strong concerns about guaranteeing flow amounts–something that was being recommended by Washington State University,” added Wells. “In the recently released recommendations from the IJC’s own Osoyoos Lake Board of Control it does not recommend guaranteed flows, but this is not a time to be complacent.”

Hart believes the discussion over flows is not over, adding he thinks it will still be raised at the public hearings. Participation in next week’s meetings is a way to make sure that all sides are heard, added the Oroville councilor.

“Water is an issue for everyone. We all need it and depend on it,” Hart noted. “As our population grows and as we see drought and flooding becoming a greater concern in Canada and the U.S., we need to go  into this recognizing that this next agreement must meet the needs of everyone on both sides of the
border for years to come.”