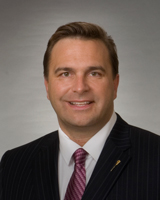 “A natural disaster like a flood will always create hardship, whether it’s for upstream or downstream landowners or the environment,” said Ken Cheveldayoff, Minister Responsible for the Saskatchewan WSA. “I am very pleased that we were able to reach an amicable agreement with our federal colleagues creating a system that ensures we resolve future issues cooperatively.”

Saskatchewan has spent around $7 million in dealing with the flooding caused by the dam, including land purchasing costs and the rebuilding of part of a grid road that was washed out. The region, which is still dealing with flooding, is hoping that some of the money from Environment Canada can go towards developing a drainage system for the area.