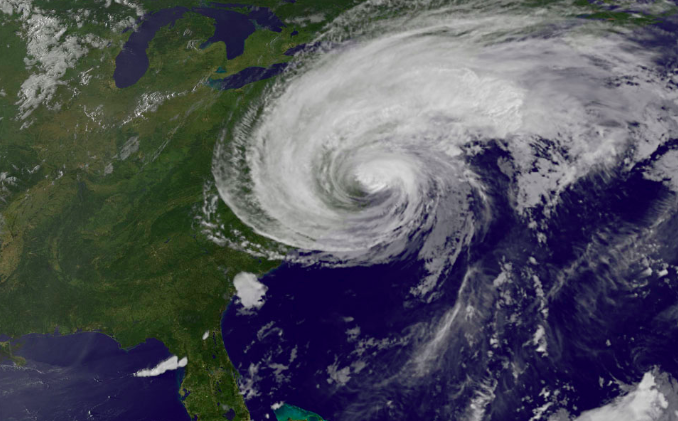 Scientists have developed a detailed analysis of how 22 recent hurricanes would be different if they formed under the conditions predicted for the late 21st century.

While each storm’s transformation would be unique, on balance, the hurricanes would become a little stronger, a little slower-moving, and a lot wetter.

In one example, Hurricane Ike—which killed more than 100 people and devastated parts of the U.S. Gulf Coast in 2008—would have 13 per cent stronger winds, move 17 per cent slower, and be 34 per cent wetter if it formed in a future, warmer climate.

Other storms could become slightly weaker (for example, Hurricane Ernesto) or move slightly faster (such as Hurricane Gustav). None would become drier. The rainfall rate of simulated future storms would increase by an average of 24 per cent.

The study, led by scientists at the National Center for Atmospheric Research (NCAR) and published in the Journal of Climate, compares high-resolution computer simulations of more than 20 historical, named Atlantic storms with a second set of simulations that are identical but for a warmer, wetter climate that’s consistent with the average scientific projections for the end of the century.

Harvey produced more than 122 centimetres of rain in some locations, breaking records and causing devastating flooding across the Houston area.

The research was funded by the National Science Foundation (NSF), which is NCAR’s sponsor, and by DNV GL (Det Norske Veritas Germanischer Lloyd), a Norwegian-based global quality assurance and risk management company.

“This study shows that the number of strong hurricanes, as a per cent of total hurricanes each year, may increase,” said Ed Bensman, a program director in NSF’s Division of Atmospheric and Geospace Sciences, which supported the study. “With increasing development along coastlines, that has important implications for future storm damage.”

Last year’s hurricane season, which caused an estimated $215 billion in losses according to reinsurance company Munich RE, was the costliest on record.

It’s been challenging for scientists to study how hurricanes might change in the future as the climate continues to warm. Most climate models, which are usually run on a global scale over decades or centuries, are not run at a high enough resolution to “see” individual hurricanes.

Most weather models, on the other hand, are run at a high enough resolution to accurately represent hurricanes, but because of the high cost of computational resources, they are not generally used to simulate long-term changes in climate.

For the current study, the researchers took advantage of a massive new dataset created at NCAR. The scientists ran the Weather Research and Forecasting (WRF) model at a high resolution (4 kilometres) over the contiguous United States over two 13-year periods.

The simulations took about a year to run on the Yellowstone supercomputer at the NCAR-Wyoming Supercomputing Center in Cheyenne.

The first set of model runs simulates weather as it unfolded between 2000 and 2013, and the second simulates the same weather patterns but in a climate that’s warmer by about 5 degrees Celsius (9 degrees Fahrenheit)—the amount of warming that may be expected by the end of the century.

Drawing on the vast amount of data, the scientists created an algorithm that enabled them to identify 22 named storms that appear with very similar tracks in the historic and future simulations, allowing the hurricanes to be more easily compared.

“Some past studies have also run the WRF at a high resolution to study the impact of climate change on hurricanes, but those studies have tended to look at a single storm, like Sandy or Katrina,” Gutmann said.

“What we find in looking at more than 20 storms is that some change one way, while others change in a different way. There is so much variability that you can’t study one storm and then extrapolate to all storms.”

But there was one consistent feature across storms: They all produced more rain.

While the study sheds light on how a particular storm might look in a warmer climate, it doesn’t provide insight into how environmental change might affect storm genesis. That’s because the hurricanes analyzed in this study formed outside the region simulated by the WRF model and passed into the WRF simulation as fully formed storms.

Other research has suggested that fewer storms may form in the future because of increasing atmospheric stability or greater high-level wind shear, though the storms that do form are apt to be stronger.

“It’s possible that in a future climate, large-scale atmospheric changes wouldn’t allow some of these storms to form,” Gutmann said. “But from this study, we get an idea of what we can expect from the storms that do form.”