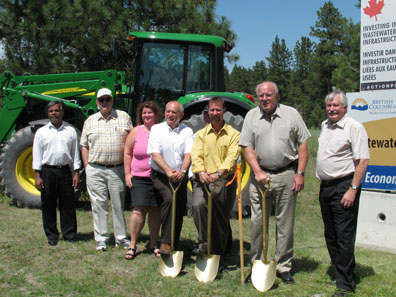 In total, the project includes the process of issuing 14 contract tenders. To date 7 of the 14 tenders have been issued, with the remaining tenders expected to be out by mid-July. Extensive work is tentatively slated to begin in August with the majority of major construction complete by the end of December 2010.

It is hoped that this project, funded by provincial and federal governments, will provide a model for a more environmental option for treatment of sewage and uses of reclaimed water, a precious and finite resource, for other cities and communities throughout North America.