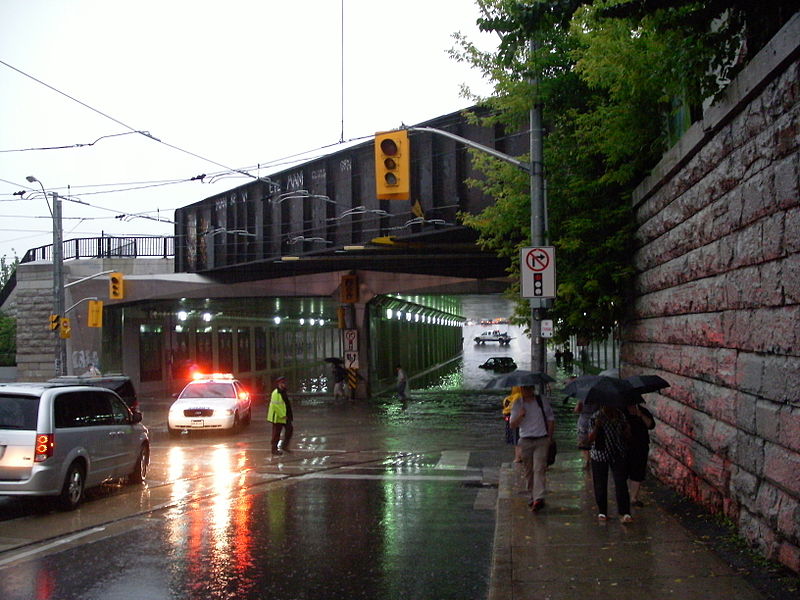 A July 23 release from environmental engineering firm XCG Consulting suggests that the violent flooding seen in Toronto in early July could have been much worse without ongoing efforts from the city. The Basement Flooding Protection Program, for example, is a multi-year endeavour to find effective solutions for reducing the risk of flooding.

“The answer is not bigger and better systems,” says engineer and XCG partner Christine Hill. “Rather, we need to identify the areas that are most vulnerable and prioritize these higher risk areas for future upgrades.”

Basement flooding is certainly one of those vulnerable areas. The City has seen basement flooding during extreme storm events at a number of times in the last decade, and have responded by budgeting $75 million to fight urban flooding in 2013, and $915 million over the next 10 years.

“Moving forward,” says Hill, “all municipalities should be considering the impacts of climate change as the frequency of extreme events, which can cause basement flooding and damage, are anticipated to increase over time.”

XCG reminds municipalities to keep climate change in mind during the design of any facilities, and to continue assessing the ability of current infrastructure to cope with extreme weather conditions. It also stresses the need for operational and emergency plans in protecting the state of infrastructure, and ensuring public safety.