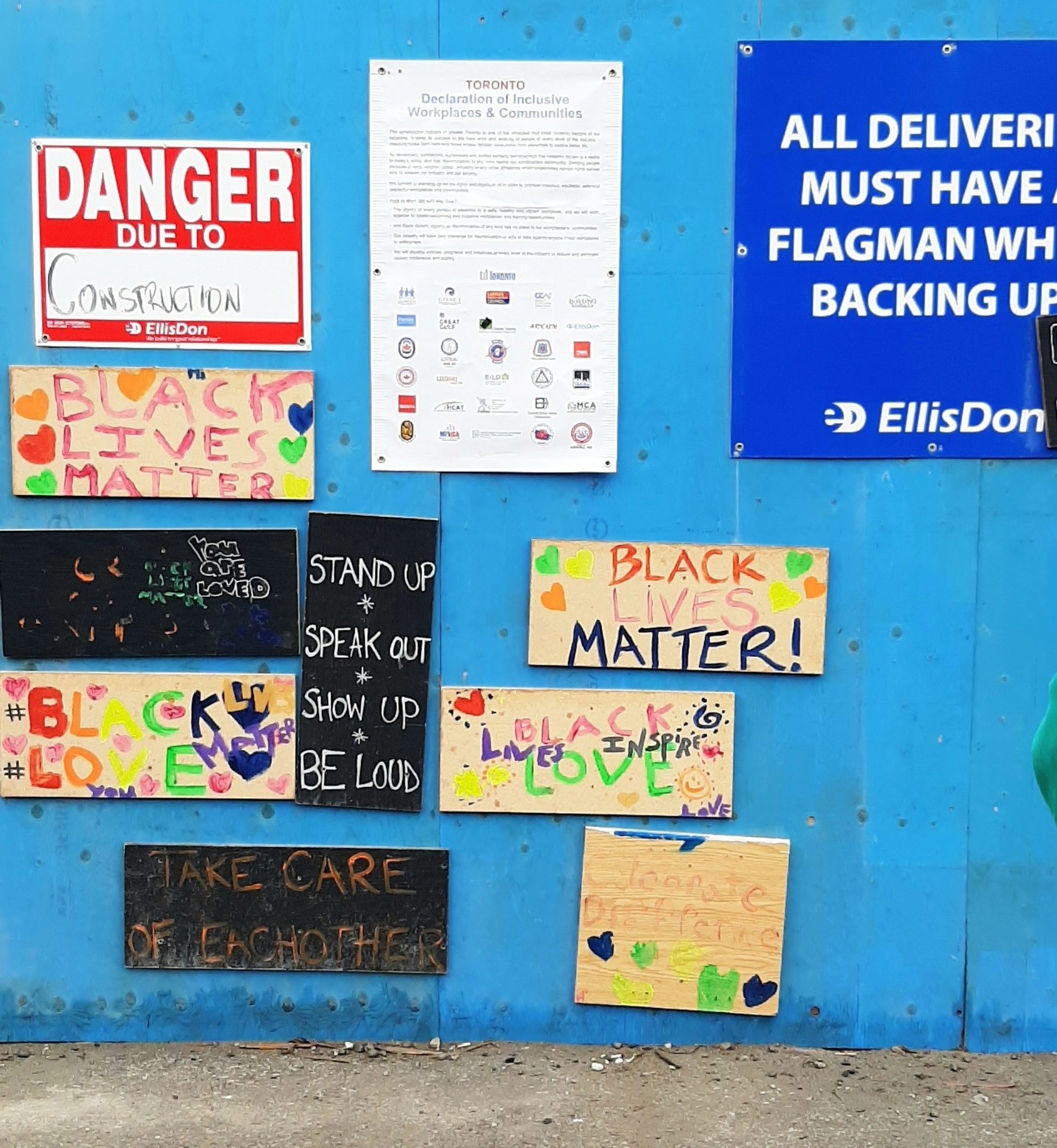 Developers, contractors, unions, associations, and workers involved in the construction of large and critical infrastructure projects are uniting in a growing coalition to support the Toronto Declaration of Inclusive Workplaces & Communities.

The coalition has announced that it is making a public commitment to promote inclusive, equitable, safe, and respectful workplaces. The declaration affirms the health and safety of every person and supports the construction industry’s zero tolerance policy for discrimination or acts of hate of any kind.

The affirmations further the principles of inclusion supported by both the City of Toronto and the unions and employers in the construction industry. To demonstrate its support for this declaration and to uphold diversity, the City of Toronto affirms this declaration, and encourages those in the construction industry across the province to continue denouncing discrimination.

“As Mayor, I have made it clear that racism and discrimination have no place in Toronto,” said Toronto Mayor John Tory. “We have met with workers, developers, contractors, unions, and associations to create this Declaration and take a stand together against any form of hatred in our city. This past year, when nooses were found on construction sites in Toronto, we recognized the tragic reality that anti-Black racism continues to exist in our society and that we need to keep doing all we can to bring an end to it.”

“We worked together with the industry to find ways to bring an end to racism within the sector,” added Tory. “This Declaration was a result of those meetings and an important step in the industry’s plan to move forward, support their employees, and to build a more inclusive workplace for everyone.”

Many employers in the construction industry have not just signed on to this declaration but are taking further action to educate their members about the importance of eliminating racism and discrimination in the industry. EllisDon has hosted diversity and inclusion town halls to discuss these crucial issues with employees. Daniels has organized site meetings with construction teams to impress the importance of creating inclusive workplaces and to reiterate that there is zero tolerance for discrimination on job sites.

“EllisDon has zero tolerance for racism, and as an employer, we have a pivotal role to play in this movement,” said Geoff Smith, president and chief executive officer of EllisDon. “We will continue to work closely with our union partners to promote education and action across all areas of our industry.”

“Actioning change requires commitment and collaboration in our industry,” said Mitchell Cohen, president and CEO of The Daniels Corporation. “Daniels has initiated important dialogues with construction unions, associations, and industry partners to take a unified stance and engage in conversations at every level to set out clear expectations that racism, prejudice, and hate will simply not be tolerated and have no place in our industry.”

The Carpenters’ District Council of Ontario (CDCO) is composed of 16 affiliated local unions, including 3000 members of HOPE Local 2220 and the United Brotherhood of Carpenters and Joiners across the province. The council represents over 30,000 women and men working in a wide range of skilled trades, including carpentry, drywall, resilient flooring, concrete formwork, underwater construction, welding, scaffolding, and a long list of other construction-related work.

The CDCO is pleased to see that the Declaration is widely valued and are proud to be a part of this broader industry coalition.

“We’re working with a third-party company to deliver anti-racism training for staff, shop stewards, and eventually all of our members,” said Chris Campbell, equity and diversity representative for the CDCO. “Our partners across the labour movement have also begun rolling out this training to their members and we encourage everyone to join us and do the same.”

The council is calling on the collective responsibility of the industry to demonstrate that construction is a welcoming path for the next generation of tradespeople—regardless of their background.

“I love being a carpenter, and I am proud to be part of an industry that understands the importance of inclusivity and takes the necessary steps to ensure diversity is celebrated every day,” said Rokhaya Gueye, CDCO member.

In the last year, the construction industry—including employers and union partners—have been actively speaking out against racism and hate in all its forms and promoting inclusion and diversity on worksites.

In the last year:

Municipal Leaders Urge Residents to Think About What They Flush