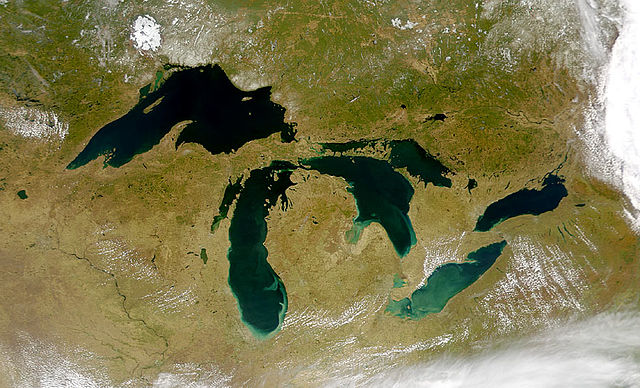 In its most recent newsletter, the Intergovernmental Joint Commission presented an updated assessment of the climate science being done in the Great Lakes basin.

The article acts as a follow up to the IJC’s December 2015 report State of Climate Change Science in the Great Lakes Basin: A Focus on Climatological, Hydrologic and Ecological Effects.

The authors of the recent article,  Tricia Mitchell of Environment and Climate Change Canada and  Doug Kluck from the U.S. National Oceanic and Atmospheric Administration, noted that the goal of the Climate Change Impacts Annex, a 2012 mandate incorporated into the Great Lakes Water Quality Agreement (GLWQA) between the U.S. and Canada, will be to address gaps in the 2015 climate change report and ensure that climate change impacts addressed in the implementation of the Agreement.

On the urgency of the IJC and its policy implementation, Mitchell and Kluck cite the the Intergovernmental Panel on Climate Change, which has said, “Warming of the climate system is unequivocal, and since the 1950s, many of the observed changes are unprecedented over decades to millennia.” The pair also refer to The World Economic Forum’s Global Risks Report that “recognized the failure of climate change mitigation and adaptation ‘as the most impactful risk for the years to come, ahead of weapons of mass destruction.’”

The Great Lakes are in need of the kind of focused address that Mitchell and Kluck describe. Most climate modelling is based on IPCC models, which are derived from global data sets. But due to the Lake Effect and the substantial volumes of water in the Lakes, climate change impacts in the region will be harder to predict.

In their discussion, the authors have noted that “effects observed across the basin include warming temperatures, changing precipitation patterns, decreased ice coverage, and variations to historic fluctuations of water levels. For example, over the last 60 years (1950-2010), the Great Lakes basin has experienced an increase in average annual air temperatures between 0.8-2.0 degrees C (1.4-3.6 F), with this warming trend projected to continue…” and that “In the last century, surface water temperatures of the Great Lakes have increased by as much as 3.5 degrees C (6.3 F) and are projected to continue to increase.”

For the complete article follow the link to the Great Lakes Connection. Or, read the full  State of Climate Change Science in the Great Lakes Basin: A Focus on Climatological, Hydrologic and Ecological Effects from 2015. The World Economic Forum’s Global Risks Report can also be found online.