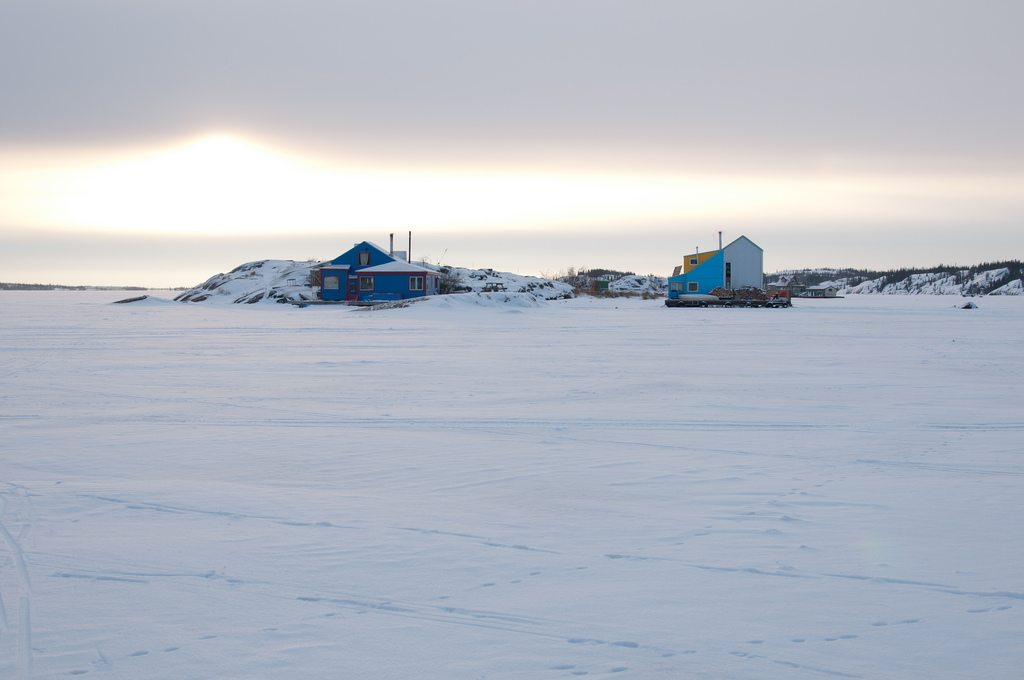 A University of Waterloo study has found that delayed freezing and early thaws in Arctic lakes have resulted in a winter ice season about 24 days shorter today than it was in 1950. The same research also found that climate change has affected ice thickness at the coldest point in the season. Ice was 38 centimetres thicker in 1950 than it was in 2011.

“We’ve found that the thickness of the ice has decreased tremendously in response to climate warming in the region,” said lead author Cristina Surdu, a PhD student in Waterloo’s Department of Geography and Environmental Management. “When we saw the actual numbers we were shocked at how dramatic the change has been. It’s basically more than a foot of ice by the end of the winter.”

The study, sponsored by the European Space Agency ESA and published in The Cryosphere, looked at more than 400 lakes of the North Slope of Alaska, marking the first time that researchers have been able to study lake-ice in the region over such a long period of time.

“Prior to starting our analysis, we were expecting to find a decline in ice thickness and grounded ice based on our examination of temperature and precipitation records of the past five decades from the Barrow meteorological station,” said Surdu. “At the end of the analysis, when looking at trend analysis results, we were stunned to observe such a dramatic ice decline during a period of only 20 years. “

The team was also able to ascertain that only 26 per cent of lakes froze down to the bed in 2011, compared to 62 per cent in 1992. Satellite radar imagery from ESA was used in the research.