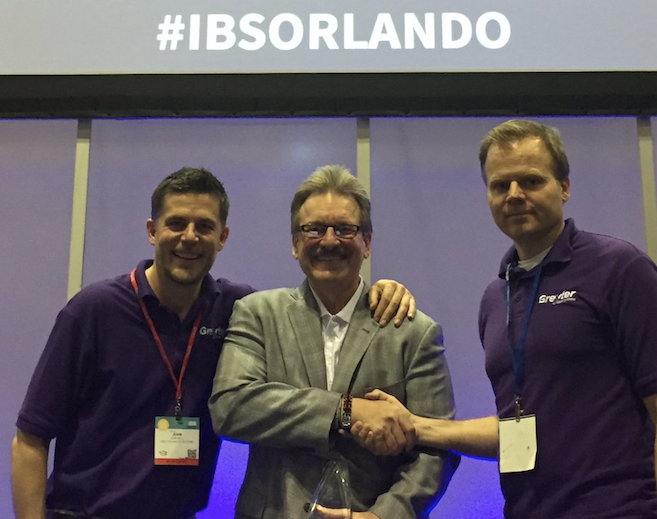 Greyter’s out-of-the-box-water reuse technology, recycles shower and bath water so that it can be reused for toilet flushing or for irrigation.

The company’s greywater system was judged by 28 industry and media professionals. CEO Mark Sales, CEO and co-founder and VP Bus Development, John Bell attended the show to accept the award.

“We are extremely honored and humbled in accepting this award,” said  Bell. “A very special thank you to both the NAHB for their nomination and to the judges for selecting the Greyter HOME as this year’s winner. We also recognize and salute this year’s finalists. And, of course, thank you to the Greyter Water Systems team and to our extended family and friends for always supporting us.”