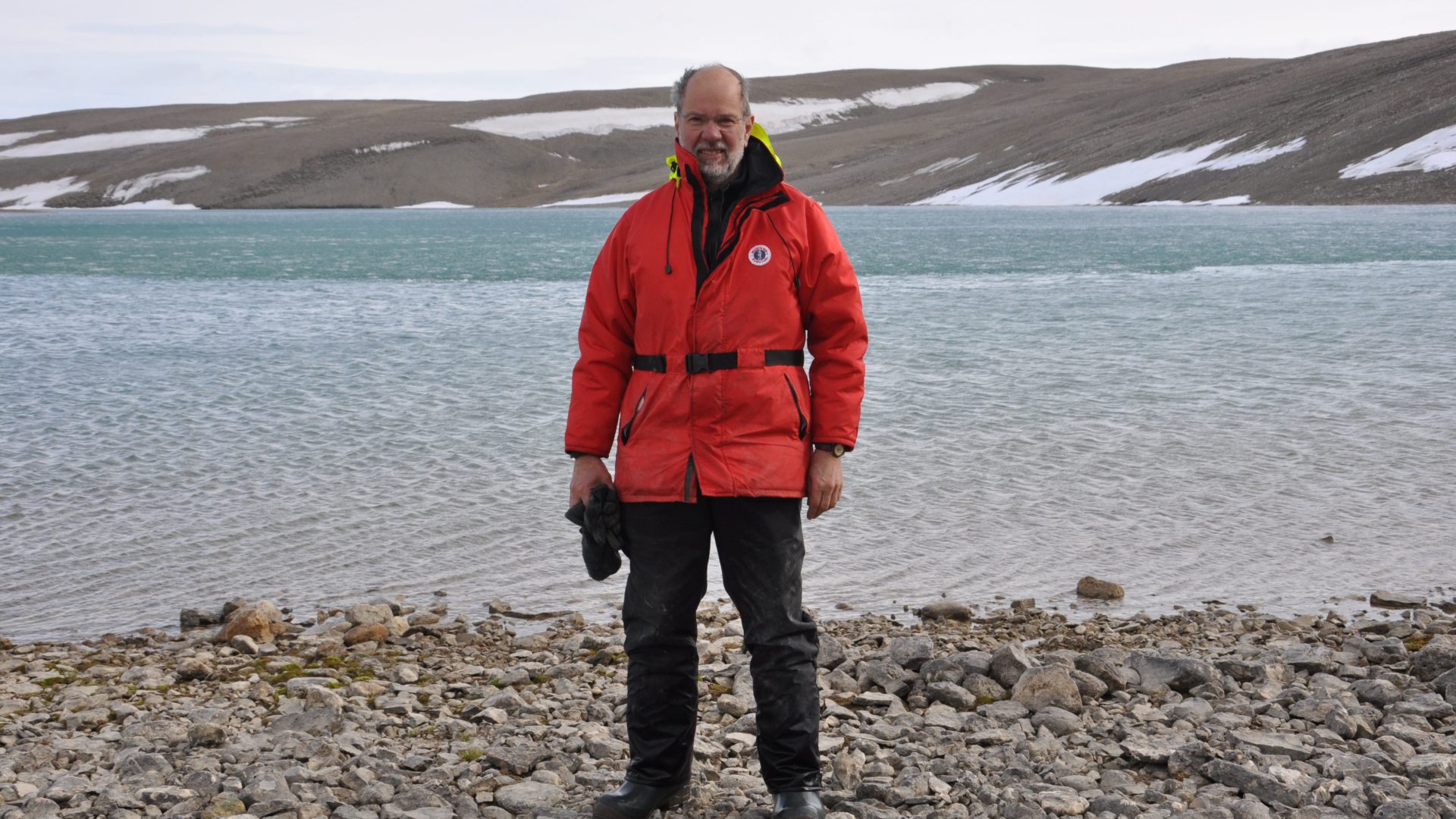 In recognition of his work, Dr. Muir has received the $100,000 Prize at ArcticNet’s 2018 Annual Scientific meeting in Ottawa. This prestigious honour is administered by the Association of Canadian Universities for Northern Studies (ACUNS), recognizing significant contributions that have helped shape thinking and understanding of the North. The Prize includes a $50,000 unencumbered cash prize with additional funds for a Research Fellowship position to support Dr. Muir’s ongoing work.

“I am honoured to be recognized by The W. Garfield Weston Foundation,” said Dr. Muir. “The North captured my imagination on my first visit as a summer student and having the opportunity to visit regularly and study it closely over the long term has been a tremendous privilege. This recognition is truly gratifying, but more importantly it helps bring needed attention to how human activity is affecting the North.”

In Canada, Dr. Muir’s pioneering northern research has contributed to the development of new legislation and regulations to control toxic chemicals under the Environmental Protection Act, helping to eliminate or drastically reduce the production and emissions of certain new industrial chemicals.

Dr. Muir’s career has demonstrated how science connects to regulation, policy, and improvements to environmental and human health. “If regulators can jump on a topic, even if they don’t have quite all of the information, we know that using the precautionary principle, we can see a turnaround,” Muir told Water Canada. In particular, he has seen the rise of, and been instrumental in the fall of, PCBs and PFOS in the Arctic.

“During the course of my career I have seen those concentrations going up, and then there were regulations banning them in the early 2000s.” Muir said that subsequent declines were “a really good news story here.”

But the current and future state of chemical contaminants in the Arctic is uncertain. “There are hundreds of thousands of chemicals that have been manufactured in the last thirty years, and a small fraction of them have the properties where they are able to get into the Arctic,” said Muir, but even a small fraction can amount to significant contamination, especially when there are limitations to what can be studied.

“We’ve only studied a few hundred of them,” said Muir. “We banned PCBs a long time ago, I mentioned banning PFOS, but there are substitutes for each of those, and they just are similar enough in their properties that they are doing the same thing.” Muir also noted the role of climate change in accelerating the spread of certain contaminants, like mercury.

The emergence of new contaminants and new ways of measuring older ones means that the work of scientists in the north is all the more important. “I’m making sure that policy makers are aware and regulators are aware of these new data at all times,” said Muir.

The Arctic and the people who live there have also directly benefited from Dr. Muir’s research. His work has provided data for assessment of risks of POPs and mercury. The Government of Nunavut issued an advisory to women of child bearing age to limit the consumption of ringed seal liver to protect them from elevated mercury exposure. Levels of POPs have decreased significantly in the environment and wildlife over the years because of national policy and international initiatives that were introduced based on evidence from his research.

“Dr. Muir has been instrumental in advancing our understanding of the greater implications of chemical contaminants, resulting in strengthened policy that protects the environment and raises awareness of human risk associated with exposure,” said Geordie Dalglish, director of The W. Garfield Weston Foundation and Chair of its Northern Committee.

Dr. Muir was equally laudatory of the Foundation. “They’re supporting a large number of graduate student scholarships and post-doctorate fellowships, and they’ve been doing this for over ten years,” he said. “I think having that kind of long-term commitment for supporting researchers in the Arctic has made a huge difference in what science we’re generating.”