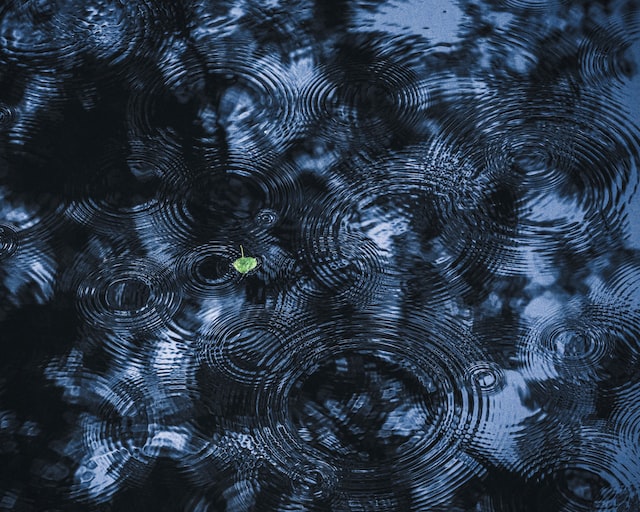 St. Peters Bay, PEI – As Canadians feel the impacts of climate change—from extreme heat and wildfires to floods and storms—this is the moment to build resilient communities for a strong economy.

Today marks another important step forward to equip Canadians to face the mounting impacts of a changing climate. With the release of Canada’s National Adaptation Strategy: Building Resilient Communities and a Strong Economy for engagement and final consultations, the Government of Canada commits to a whole-of-society approach to climate adaptation. The Honourable Bill Blair, President of the King’s Privy Council for Canada and Minister of Emergency Preparedness, alongside the Honourable Ginette Petitpas Taylor, Minister of Official Languages and Minister responsible for the Atlantic Canada Opportunities Agency, on behalf of the Honourable Steven Guilbeault, Minister of Environment and Climate Change, launched the Strategy while also announcing the federal government’s action and investment plan for the immediate future.

The announcement includes $1.6 billion in new federal funding commitments to help protect communities from coast to coast to coast. Funding will help municipalities and townships build public infrastructures of the future, such as roads and bridges, that can withstand flooding, make sure Canadians have access to the information they need to stay safe during wildfires, and enable engagement and work with Indigenous communities on the development of region-specific health initiatives linked to changing climate conditions. The additional funding builds on existing federal commitments to adaptation, disaster resilience, and disaster response that total more than $8 billion to date.

New federal funding will help implement the five priority areas of the Strategy:

Through the first-of-its-kind Government of Canada Adaptation Action Plan, which outlines clear federal adaptation objectives and targets in order to focus policy and spending on measurable results, the federal government is delivering nearly 70 actions to address both immediate and future climate risks to Canada.

The strategy is now open to the provinces, territories, and National Indigenous Organizations for a final 90 days of engagement on the Strategy’s common goals and specific measurable targets and objectives. The Strategy is a result of extensive engagement since 2021 and presents a shared vision for climate resilience in the country and a framework to measure progress nationally.

Making adaptation investments now will have major economy-wide benefits later. Expert research suggests that every dollar invested in prevention and preparation can save up to 15 dollars in costs. Adapting to climate change requires all orders of government, the private sector, and Canadians, to work together to build resilient communities and a stronger economy, to ensure Canadians continue to thrive into the future.

“The fight against climate change has reached our doorstep. We must not only reduce the emissions that cause climate change, we must also adapt to the changes that are upon us. Adaptation is a cost-effective and positive investment in the present and future. Taking measures to adapt can save lives, avoid damage to communities, reduce economic shocks to supply chains, and spur innovative technologies and jobs. Canada’s National Adaptation Strategy, guided by the best available science and informed by diverse views and perspectives, gives us a world-leading and unified path forward.” – The Honourable Steven Guilbeault, Minister of Environment and Climate Change

“The devastating wildfire, flooding and hurricane seasons of the past year have demonstrated that urgent action is required to address the increased frequency and severity of climate-related disasters. The National Adaptation Strategy represents a new chapter in our work of preparing for emergencies that builds on our Emergency Management Strategy and will allow us to implement a risk-based approach focused on whole-of-society engagement to reduce our vulnerability and build Canada’s resilience.”
– The Honourable Bill Blair, President of the King’s Privy Council for Canada and Minister of Emergency Preparedness

“It was inspiring to see people and communities in Atlantic Canada come together to support one another in recovering from Hurricane Fiona—an effort that continues in many parts of the region. Working together is key to addressing challenges of this scale, and that’s why Canada’s National Adaptation Strategy proposes a whole-of-society approach to adaptation in this country. Today’s announcement is building on this momentum to help protect communities from coast to coast in the years ahead.”– The Honourable Ginette Petitpas Taylor, Minister of Official Languages and Minister responsible for the Atlantic Canada Opportunities Agency

“Just in the last few years, communities across the country have seen first-hand the devastating impacts of extreme weather events. From Southeastern New Brunswick to the Lower Mainland in British Columbia, hurricanes, floods, and wildfires have displaced communities and damaged critical infrastructure. We know these events are only going to intensify. Working with our partners, our government will invest to ensure Canadians are protected—and the National Adaptation Strategy will be a key tool in guiding those investments.” – The Honourable Dominic LeBlanc, Minister of Intergovernmental Affairs, Infrastructure and Communities

“Climate change is the single biggest threat to human health. Adapting to and mitigating the inevitable effects of a changing climate is crucial to improving public health. This Strategy will support Canada in building a low-carbon and climate-resilient health system that can respond to the challenges of climate change while protecting our health from its impacts.” – The Honourable Jean-Yves Duclos, Minister of Health

“As we continue working to recover from the devastating effects Hurricane Fiona had on Prince Edward Island, it’s clear that we have to help protect Islanders, their homes, and their livelihoods, as well as our iconic natural spaces, from future extreme weather events made worse by climate change. This will not be the last storm. Actions like those proposed in Canada’s National Adaptation Strategy will help Islanders prepare. I’m so pleased that PEI is also so well served by the Canadian Centre for Climate Change and Adaptation at the University of Prince Edward Island.” – The Honourable Lawrence MacAulay, Minister of Veterans Affairs and Associate Minister of National Defence

“Canadians in every region of the country are already feeling the effects of climate change, and the costs of these impacts are projected to rise to $25 billion by 2025 and to the range of $100 billion annually by 2050. Inaction is not an option. Through the National Adaptation Strategy, we will advance key resilience and adaptation measures to mitigate these changes, preserve livelihoods and protect our communities and the critical infrastructure we depend on. The result will be a stronger, safer, and more prosperous place to call home.” – The Honourable Jonathan Wilkinson, Minister of Natural Resources