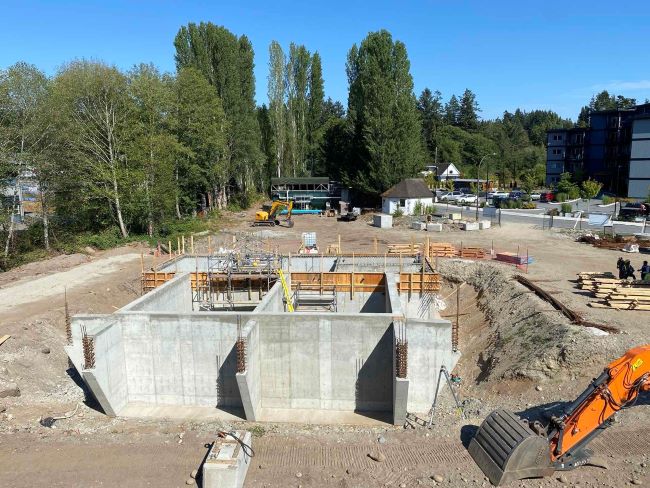 The plant will be located on shíshálh Nation lands near Sechelt, British Columbia and will play a critical role in enabling economic growth, protecting the coastal environment, and safeguarding public health through improving the outfall. The investment will serve the shíshálh Nation, which represents a population of more than 1,500 members, and lessees on shíshálh Nation Lands (Tsawcome) No. 1.

The current wastewater treatment plant, owned and operated by sNGD for the past 26 years, has reached its end of life and requires replacement. This new replacement plant and improved outfall will serve 91 connected residential units and support the conversion and connection of 88 buildings, which currently rely on septic wastewater systems. The additional capacity this plant provides makes it possible for the shíshálh Nation to develop and connect future high-density residential housing developments. It also has additional capacity to tie in nearby future developments within the District of Sechelt.

The investment in new wastewater treatment will greatly reduce impacts to the ocean environment by significantly improving the quality of effluent which will meet more stringent modern wastewater standards far into the future.

sNGD will own the new plant and be responsible for procurement, project management and operations of the new facility, fulfilling important principles of self-determination. This project will also provide employment and training opportunities for First Nations community members working on the project.

According to the Canadian Council for Public-Private Partnerships, the infrastructure deficit across First Nations in Canada has been estimated to be between $25 billion and $30 billion. By tapping into CIB financing, the shíshálh Nation will access affordable capital to accelerate and future-proof their community’s infrastructure needs.

“The shíshálh Nation is very pleased with the arrangements finalized for the long-term funding of this project. It exemplifies a great working relationship between our municipal First Nations Government and the CIB. The agreement reminds me of why our Nation decided to go down the Self-Governing path in the first place. It shows how issues can be meaningly addressed through a collaborative discussion and agreement. This bodes well for the future.” – Chief Henry Warren Paull, shíshálh Nation