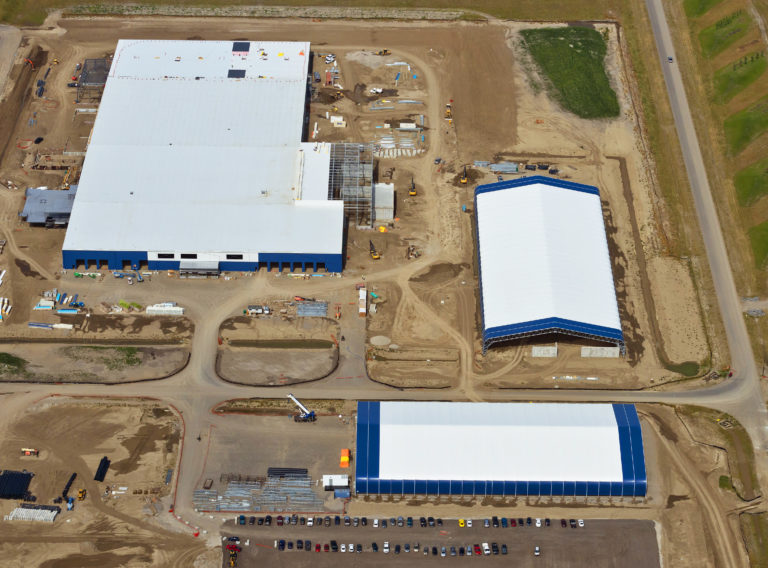 Calgary’s Organics Composting Facility has achieved substantial completion and will divert dewatered biosolids from one of the city’s wastewater treatment facilities.

Maple Reinders announced that on June 29th, the Chinook Resource Management Group, a special purpose company of which Maple Reinders PPP Ltd. is a partner, achieved substantial completion on time and on budget for the Source Separated Organics (SSO) and Class A Biosolids in-vessel composting facility. This project was delivered under a Design-Build-Finance-Operate-Maintain (DBFOM) Public-Private Partnership (P3) model.

In addition to being the first composting facility to be delivered under the P3 model in Canada, it is also the largest of its kind in North America. Maple Reinders’ subsidiary AIM Environmental Group will consequently begin operations of the facility, on behalf of the City of Calgary, for a period of 10 years under the DBFOM. AIM Environmental Group will adhere to the Calgary’s and the Canadian Council of Ministers of the Environment’s (CCME) standards to produce Class AA compost from the SSO material and Class A Biosolids.

“This project provided a unique opportunity for Maple Reinders to leverage its extensive experience in Class A Biosolids and advanced SSO composting with its proficiency in the private financing of municipal infrastructure” said Reuben Scholtens, director of infrastructure development for Maple Reinders Group. “As Maple Reinders celebrates its 50th year, these types of projects help set the tone for our next 50 years of unprecedented success.”

It is the first commercial building in Alberta to be registered under LEED® Gold v4, containing several sustainable design features to complement its function. One way the facility achieves this is by recovering and using 100 per cent of onsite stormwater, relieving strain on the municipal sewer system in heavy rainfall and eliminating sole reliance on municipal water.