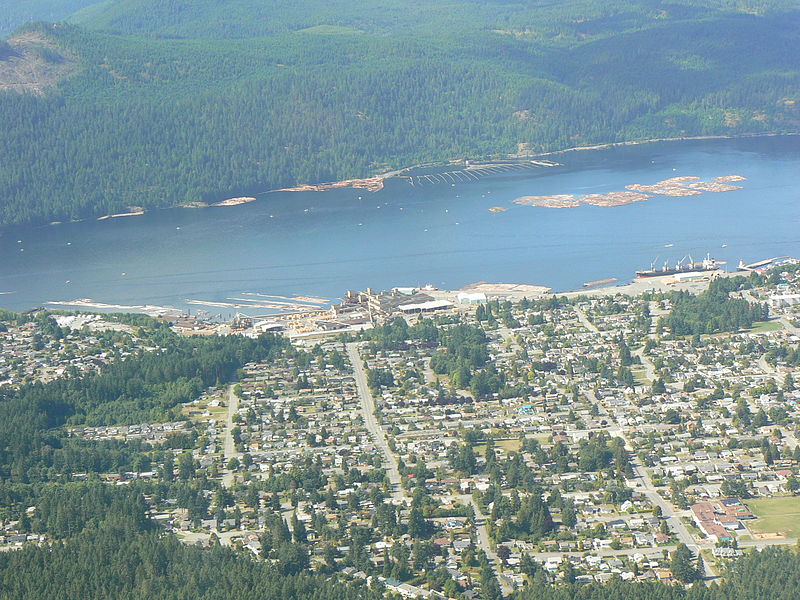 The City of Alberni, British Columbia has purchased a wastewater treatment facility from Catalyst Paper Corporation in British Columbia. The transaction is part of a formal agreement between the company and Council for the City. A cheque for $5 million was presented by Mayor John Douglas to Catalyst CEO Joe Nemeth on October 2, with the remaining $750,000 of the facility’s price to be paid one year later.

Having purchased the facility, Port Alberni will be able to use an $11.2-million grant to connect Catalyst’s lagoon to municipal wastewater treatment infrastructure. The project will improve the city’s compliance with provincial-municipal sewage regulations, as well as new federal regulations.

“This is a major step forward for the City in reaching key strategic priorities identified by Council,” said Mayor Douglas. “Our wastewater treatment system will receive significant upgrades increasing capacity and improving water quality in the Alberni Harbour and Somass Estuary.”

Catalyst will accept sludge from the lagoon at no additional cost to the City before the renovations have begun. In return, Port Alberni will provide tax certainty to the company at 2012 levels for five years.