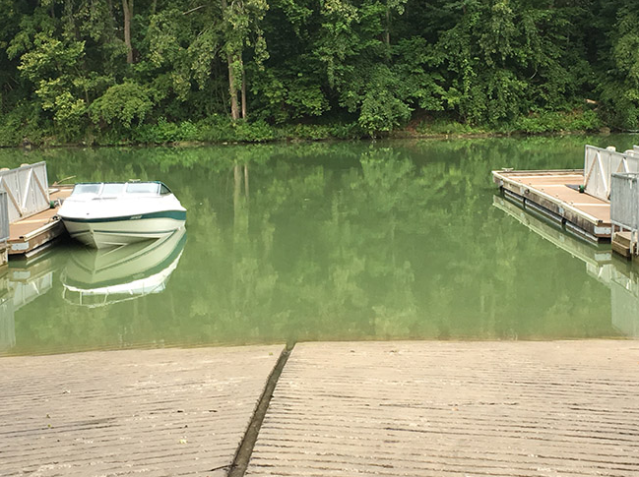 The Lower Thames Conservation Authority (LTVCA) has confirmed that the Thames River is experiencing a toxic blue-green algae event.

On  August 28, LTVCA staff noted a discolouration in the Thames River, near Chatham, Ontario, and contacted the Ministry of the Environment and Climate Change (MOECC) in London. MOECC staff undertook sampling at several locations and advised on Tuesday that it was a cyanobacteria bloom (blue-green algae) in the. They confirmed that the samples taken contained the species responsible for shutting down drinking water intakes on Lake Erie in 2014.

“I think this algae outbreak in the Thames River reminds us that nutrient runoff from farm fields not only affects Lake Erie, but has negative consequences for many of the rivers and streams in our watershed as well,” said Raj Gill, Great Lakes organizer for Canadian Freshwater Alliance.

MOECC identified a small population in McGregor Creek, which did not appear to be the seed population for the Thames. They then sampled as far up as Kent Bridge Road but the river did not appear to be affected.  MOECC determined that the cyanobacteria bloom seemed to be focused around central Chatham, which was confirmed by LTVCA staff when driving the river from Kent Bridge downstream to Prairie Siding yesterday afternoon.

“Runoff pollution from farm fields is a major cause of these blooms. With 75 per cent of the land in our region in agricultural production, our food systems are inextricably linked to water and water health,” said Gill.

The bacteria does not always produce the toxins associated with fish kills and other threats to animal and human health. LTVCA staff did not witness any fish die-offs when reviewing the river on Tuesday. However, it’s advised that people should take extra caution and avoid the river, especially children, pets and livestock. Animals should be kept away from the water and not allowed to drink from the river.

Coincidentally, today is the last day to participate in the Canadian Freshwater Alliance’s drive to have Canada’s new food policy reduce the nutrient runoff from agricultural activities. “The development of the new Canadian Food Policy is an opportunity to affect important change to advance healthier food and water.”

Cleanup of Great Lakes Can Lead to Community Revitalization