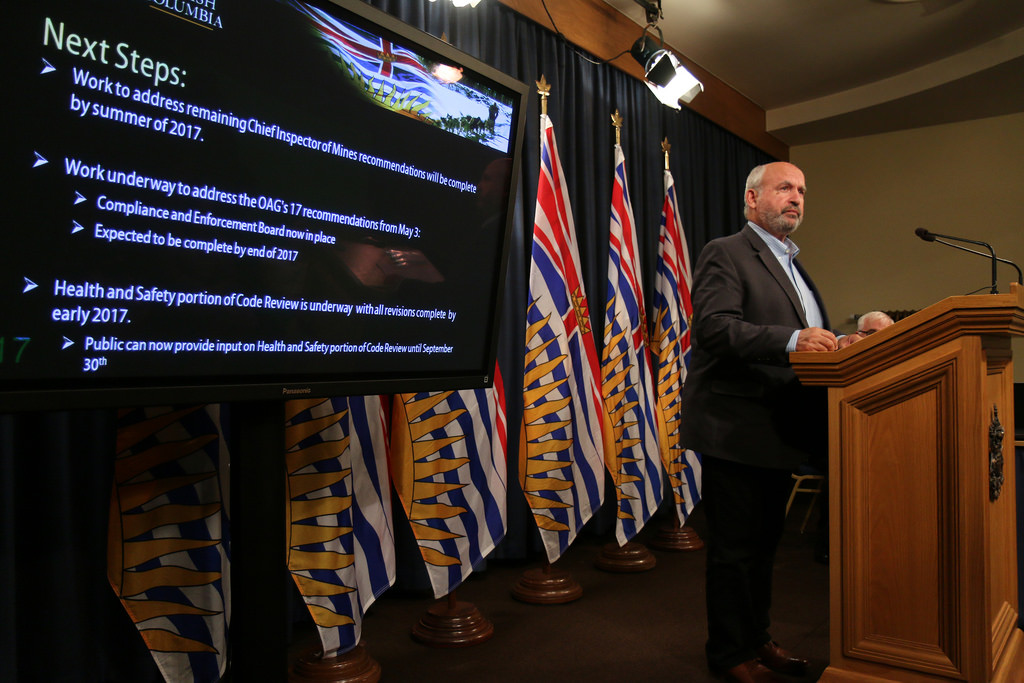 The Minister of Energy and Mines in British Columbia announced this week that new changes to the mining code have been implemented, putting the province at the forefront of global standards for the safety of tailings storage facilities.

The updates to the code include 20 of the 26 recommendations that were put forward by the Independent Expert Engineering Panel established following the Aug. 4, 2014 tailings pond breach at the Mount Polley Mine.

The Minister of Energy and Mines, Bill Bennett said, “With these updates to the mining code, along with the new site characterization guidelines from the Association of Professional Engineers and Geoscientists of B.C., British Columbians can have confidence that our standards for tailings storage facilities are as good as exists anywhere in the world.”

On January 20, 2015, the independent panel concluded that the dam failed because the strength and location of a layer of clay underneath the dam was not taken into account in its original design and made seven recommendations to prevent such incidents in the future.

The mining code now includes design standards for TSFs that are tailored to the particular conditions encountered in British Columbia and emphasize protecting the public and workers. These include TSF design requirements for the steepness of downstream slopes, the minimum static factor of safety and new seismic and flood design criteria.

The expert panel delivered a report in January 2015 on its investigation into the cause of the failure of the tailings storage facility at the Mt. Polley Mine. The report also included the release of 35,000 pages of documentation related to the panel’s investigation.

“The changes to the B.C. mining code are far-reaching and responsive to the recommendations of the panel. I would like to commend the minister, the chief inspector of mines and the code review committee for completing such a thorough review in order to address the panel’s recommendations,” said Dirk van Zyl, professor and chair of mining and the environment, University of British Columbia mining program and former member of the Independent Expert Engineering Panel.

“These changes put B.C. in a leadership position and clearly set the groundwork for a more comprehensive approach to consistent tailings management in the province. It is another step towards the overall goal of moving to zero TSF failures. Minister Bennett’s acceptance of all of the panel and other recommendations, and his insistence to complete their implementation, is an important commitment to everyone in B.C.”

The 17 recommendations from the Office of the Auditor General’s report have also been accepted by government and are expected to be addressed by the end of 2017.

To view a video of the site, see:

B.C. Updates Rules for Water Use in Mineral Exploration and Mining