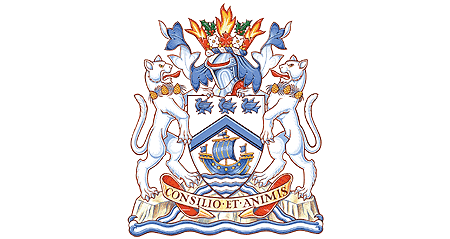 The District of West Vancouver’s Eagle Lake Membrane Filtration Facility has won the Association of Professional Engineers & Geoscientists of BC (APEGBC) Environmental Award of Excellence for 2009 in the category of Design, Construction, and Monitoring.

Sponsored by the Association’s Environment Committee, this award recognizes APEGBC members and their firms for outstanding contributions towards environmental protection and/or sustainable development. Sean Brophy, president and CEO, Dayton & Knight Ltd., the design engineers on this project, and John McMahon, manager of utilities received the award at APEGBC’s President’s Awards Gala in Victoria on October 16, 2009.

In the fall of 2008, a ceremony was held for the opening of the facility. The 21-million litres per day capacity water treatment plant is equipped with state-of-the-art membrane filtration technology, which provides protection for residents from waterborne diseases, such as viruses, giardia, and cryptosporidium and from the possible impacts of turbidity, while reducing the amount of chlorine used. The treatment process also includes pH adjustment to the naturally acidic source waters of Eagle Lake. Several green building features were incorporated into the project, including:

Funding of this $16.8-million facility was approved by Council in 2006, and the capital cost was offset by a $3-million contribution from senior governments under the Canada – BC Infrastructure Grant Program.