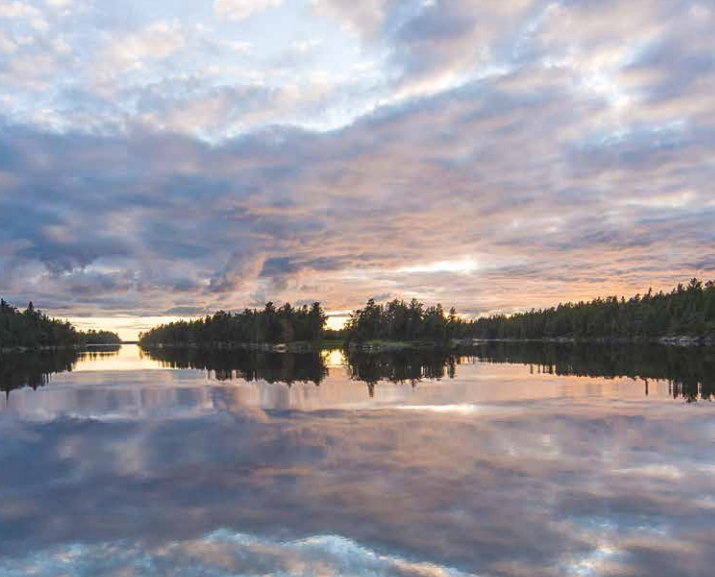 On June 30th, 2017, the International Rainy and Namakan Lakes Rule Curves Study Board submitted its final report entitled Managing Water Levels and Flows in the Rainy River Basin to the International Joint Commission.

The Commission established the Study Board in the summer of 2015 and charged it “to evaluate options for regulating levels and flows in system in order to benefit affected interests and the system as a whole in a manner that conforms to the requirements of the Treaty.”

The study was also designed to evaluate the performance of the existing flows and lake levels in comparison to the  “State of Nature,” meaning, estimates of how the system would behave if  the dams did not exist. This is done to consider a range of ecological, social, economic and environmental conditions that may be affected by water level regulation. Climate change variability was also factored into the recommendations.

The Study Board’s findings and recommendations reflect the input of those who provided feedback, including Red Lake Band of Chippewa Indians, Métis Council representatives, members of the Independent Review Group, among other stakeholders and experts. The findings were built upon careful consideration of the many supporting scientific studies sponsored by the IJC and resource agencies in both countries.

The report documents 11 recommendations including:

Since 1914, two small dams on either side of Kettle Island have controlled the flow of water entering Rainy Lake directly from Namakan Lake. One of the dams is at Squirrel Falls, which is entirely in Canada. The other dam, at Kettle Falls, straddles the international border and is therefore known as the International Dam.

The Commission is now reviewing these recommendations, and it plans to hold public hearings in the Rainy Basin later this summer. The full report can be downloaded here.