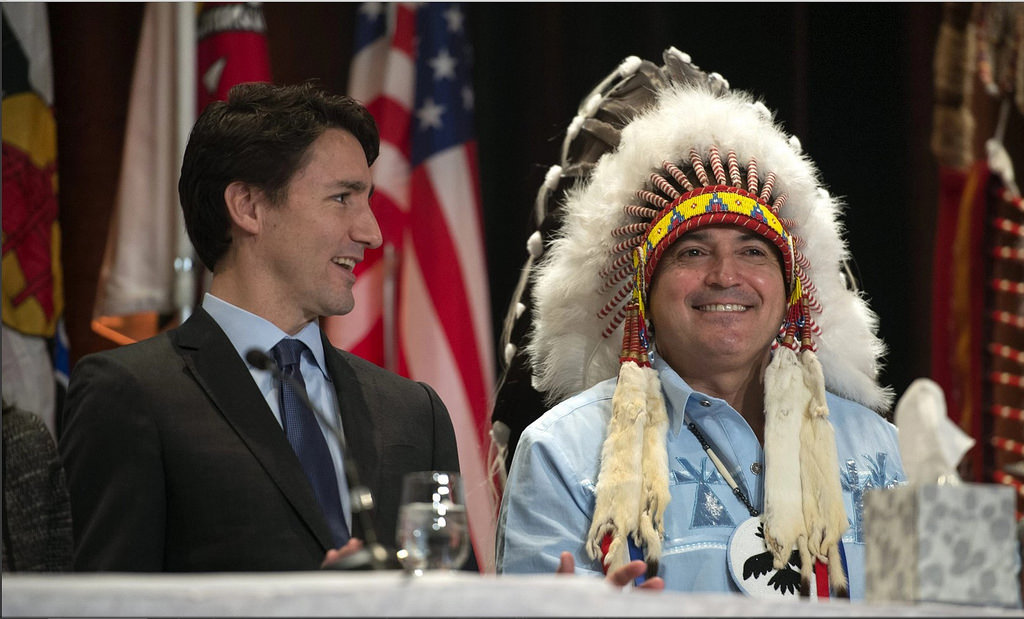 To mark the tenth anniversary of the United Nations International Day of the World’s Indigenous Peoples on August 9, Assembly of First Nations (AFN) national Chief Perry Bellegarde expressed his commitment to the full implementation of the United Nations Declaration, including its resolutions that relate to water.

“Today, First Nations stand in solidarity with Indigenous peoples everywhere to revitalize and restore our collective rights as peoples and to support one another in that goal,” said AFN National Chief Bellegarde. “This is a day for all governments to recommit to work with us to fully implement the UN Declaration on the Rights of Indigenous Peoples. The Declaration affirms Indigenous peoples’ right to self-determination and sets out minimum standards for their survival, dignity, and well-being.”

The AFN recently submitted a report to the UN Committee on the Elimination of Racial Discrimination which highlighted key priorities and concerns, including investments to ensure all First Nations can access essential government services such as potable water and community infrastructure.

See also  The Worst Droughts Travel, According to a New Study

“Implementing the UN Declaration will promote peace and help close the gap in the quality of life between First Nations and Canadians. Canada has stated its unqualified support for the UN Declaration and, as we approach the 10th anniversary of its adoption by the UN General Assembly, it is time to work together to give life to the Declaration in Canada and around the world,” said Bellegarde.

In 1994, the United Nations General Assembly passed resolution 49/214 establishing August 9 as the International Day of the World’s Indigenous Peoples. The date marks the first meeting of the UN Working Group on Indigenous Populations in 1982. The UN Working Group played a critical role in launching the development of the UN Declaration as a joint endeavor of Indigenous peoples in partnership with the member States of the United Nations.

Canadian First Nations groups have on several occasions called on the UN to hold the Canadian government accountable to improve water provisions for Indigenous peoples.

The theme for this year is the 10th Anniversary of the UN Declaration on the Rights of Indigenous Peoples, adopted by the UN General Assembly on September 13, 2007. Canada is now part of several consensus resolutions of the United Nations General Assembly respecting the UN Declaration and has expressed unqualified support for its full implementation.