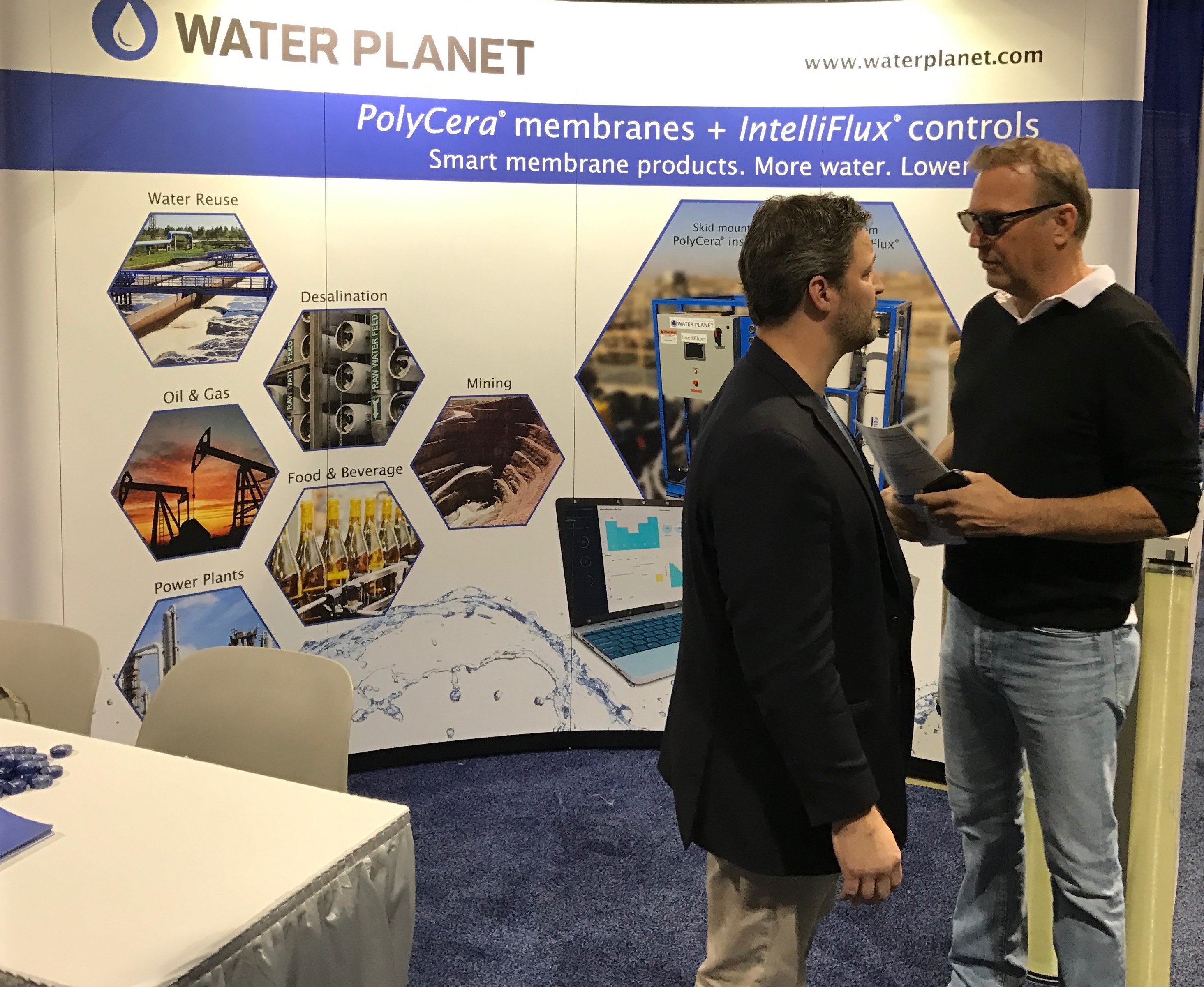 In 2009, famed actor and environmentalist Kevin Costner and Eric Hoek, then a professor of engineering at UCLA, developed a system aimed at cleaning up oil & gas contaminated water. In 2010, this system was put to a different kind of test when it was used to clean up the BP oil spill in the Gulf of Mexico. Throughout this process, Costner and Hoek forged a partnership that continues to this day with Water Planet, Inc., a Los Angeles-based company that sells smart membrane products.

A year after the BP spill, Hoek and his colleague Subir Bhattarcharjee, now Water Planet’s Chief Technology Officer, co-founded the company, with Costner and his long-time business partner Rod Lake as the company’s founding investors. In five years, Water Planet has achieved success in commercializing two leading-edge water treatment technologies and is a finalist in the prestigious Global Water Awards as the Breakthrough Water Technology Company of the Year.

Water Planet already has orders for systems that incorporate its IntelliFlux artificial intelligence based control software in projects from North America to the Middle East. Its PolyCera membranes have the robustness of costly ceramic membranes — able to treat the most challenging waters — at the lower cost of polymeric membranes.

Now, Water Planet is working towards the use of artificial intelligence, or machine learning, in the water treatment industry.

”Artificial intelligence brings features that society has grown accustomed to in other areas of their lives to the water industry. The complex mathematics that goes into optimizing a water filtration process can’t be calculated offline by humans fast enough to be helpful,” said Hoek. “Computers excel at rapid computations, including compiling waves of information and performing integration, derivatives, or logarithmic fits. Our experience already shows significant cost savings by using artificial intelligence to optimize membrane systems, which helps deliver more water at less cost.”

In keeping with Why Wastewater, the theme of the 2017 World Water Day, both Costner and Hoek remain deeply committed to advancing water sustainability through reuse.

“It took an environmental disaster to make the connection with Eric and now Water Planet, but I am proud to be involved with a team that is poised to make a fundamental difference for a world seeking solutions to ensure our water future,” Costner said.