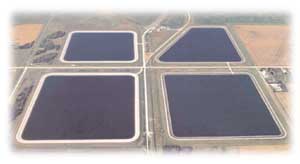 Located at the Deacon Reservoir just east of Winnipeg, the drinking water treatment plant is the largest infrastructure project the Water and Waste Department has undertaken since the aqueduct was constructed 90 years ago.

“Since December 2009, thanks to this new state-of-the-art drinking water treatment plant, Winnipeg homes and businesses have been tapped into treated water that meets and exceeds the guidelines set out by Health Canada,” said Mayor Sam Katz. “As Mayor, I am very proud that our tap water is at its highest quality level ever.”

Treated water began making its way through the network of water mains into Winnipeg homes and businesses last December. With the initial operating phase completed, the plant is now considered officially opened.

Some facts about the new plant: