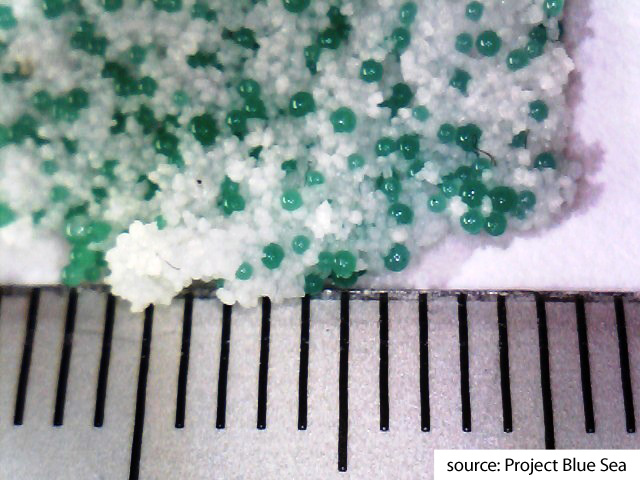 The U.S. has joined the battle against polyethylene microbeads by banning the use of the tiny plastic pellets commonly used as exfoliants in cosmetic care products.

Many politicians, researchers, and environmental groups in Canada and the U.S. oppose the use of microbeads because of the potential damage they serve to marine environments once they flow down the drain and into waterways. The tiny particles often bypass wastewater filter systems and eventually enter waterways like the Great Lakes, said a report by the State University of New York.

Thousands of microbeads flow from the Great Lakes to the St. Lawrence River and ultimately to their final destination the Atlantic Ocean.

In July, the Canadian government proposed to add microbeads to the Canadian Environmental Protection Act’s list of toxic substances and stated it was working to develop regulations that prohibit the manufacture and sale of cosmetic care products containing microbeads. The government is conducting a survey of industry stakeholders to gather the information needed to support the new regulations. Loblaws and manufacturers of personal care products such as Johnson & Johnson and Unilever, have begun phasing microbeads out of their products.

Dr. Hans Dürr, research assistant professor at the University of Waterloo said that banning microbeads is a step towards protecting our waters; however, this only begins to address larger problems of plastic in our waters. His lab has found that there are parts of the Great Lakes that have 500,000 pieces of plastic particles per square kilometre, which is equivalent to about 2,500 pieces of plastic per football field. And plastics are durable so it can take hundreds of years to break down. The plastic bits act like sponges for certain pollutants and are easily ingested by aquatic organisms including fish and shellfish, as reported in the Journal of Great Lakes Research.

“Plastics, in particular microbeads, are being eaten by fish and birds who mistake it for food because of the size and different colours. The big unknown is what happens when we eat the fish that have already swallowed the plastic. A big concern we have is how do the toxins absorbed by the particles affect us,” Dürr said.