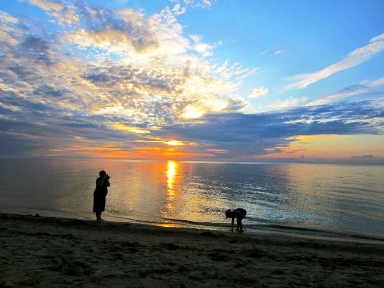 Only two weeks remain to provide input to Canadian and Ontario governments on the draft Action Plan to address the algae problem.

Phosphorus pollution is a key factor in causing algal blooms in Lake Erie, which can be harmful to human health and the environment. Phosphorus enters Lake Erie from many sources, including runoff from urban centres, agricultural lands, sewage treatment plants, airborne particles, septic systems, and industrial discharges.

On March 10, 2017,  the Government of Canada and the Province of Ontario released the draft action plan that is intended to help reduce high amounts of phosphorus and the growth of toxic and nuisance algae in Lake Erie. This draft plan identifies actions that can be taken by the governments of Canada and of Ontario, municipalities, conservation authorities, Indigenous communities, and partners in key sectors, such as agriculture and industry, to achieve the goal of reducing phosphorus in Lake Erie by 40 per cent.

“Although the plan is a good first step, it needs to be strengthened in many key areas in order to actually address the increasingly frequent and severe algae blooms affecting the lake,” said Raj Gill, Great Lakes Organizer with the Canadian Freshwater Alliance.

“Raj Gill, the Great Lakes Organizer for the Canadian Freshwater Alliance said,  “The plan falls short on several fronts. First of all, it doesn’t read like an action plan at all. There are no timelines provided for when particular activities will take place, nor details of how much of each phosphorus reduction activity is required to meet the 40 per cent phosphorus reduction target by 2025.”

She added, “There is no target for the eastern basin of Lake Erie. Cladophora is a major issue in this end of the lake, fouling beaches, and waterfronts, which in turn impacts tourism reliant businesses and communities. It also impacts wildlife habitat and health. The draft Action Plan describes how a great deal of the algae-causing runoff comes from agricultural land. Yet it outlines no new methods to address this pollution source. Scientists from the International Joint Commission have stated that enforceable standards will be necessary to address algae in Lake Erie. The Action Plan must consider enforceable standards to ensure best practices are adopted across the agricultural sector.”

In June 2016, the Canadian Freshwater Alliance in partnership with Alliance for the Great Lakes, Environmental Defence Canada, Freshwater Future, Michigan League of Conservation Voters, National Wildlife Federation, & Ohio Environmental Council, provided detailed recommendations to Environment and Climate Change Canada and the U.S. Environmental Protection Agency, encouraging the governments to do more than rely on the same approaches that have failed to protect Lake Erie in the past.

The groups recommend that each state and province along Lake Erie develop plans that include:

The Canadian Freshwater Alliance has also since established a program called Lake Erie Alive to educate the public about the algae problem. They have hosted, and continue to host, townhall meetings across Ontario to raise awareness. They have also posted an online petition to make it easy for concerned citizens to get involved.

The draft Action Plan is posted for public input and can be found through this link. The Action Plan will be finalized no later than February 2018.

To read the details recommendations as outlined in the report entitled, Expectations for Domestic Action Plans under the Great Lakes Water Quality Agreement, visit here.

The Ontario ministry contact is: Ms. Madhu Malhotra, manager of the Ministry of the Environment and Climate Change, Climate Change and Environmental Policy Division, Land and Water Policy Branch, (416) 314-1702 .

To Restore and Protect