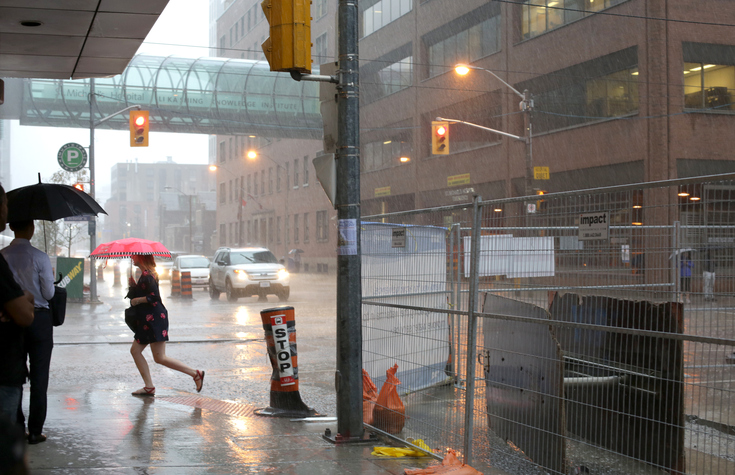 Toronto has delayed its decision to implement a dedicated stormwater fee, due to cost concerns and the ultimate transparency for rate payers, among others.

When Toronto’s Executive Committee—a group that makes recommendations on Council’s strategic policy and priorities and financial planning, among other things—received recommendations from Toronto Water on how to charge for stormwater, the committee voted to take the report as information.

“The public was asking for [the stormwater fee] to be more discrete than were were ready or capable of providing,” said Lou Di Gironimo, general manager of Toronto Water, to Water Canada. “We use some GIS technologies and LIDAR technologies that give us some aggregate level information.” But, said Di Gironimo, the complexities that would arise from a more granular data set represented costs that neither city council nor the utility were interested to incur.

Currently, Toronto charges for water and stormwater as one lump sum. And while Mayor John Tory stated that accounting for stormwater usage was a “legitimate public policy concern,” he thought the implementing the dedicated stormwater charge at greater cost to the city and without sufficient transparency would amount to replacing one “unfairness” with “a bunch of new ones.”

Specifically, Tory believed new unfairness would arise through anticipated school board exemptions from a dedicated stormwater charge; no guarantees that landlords would pass savings onto their tenants generated by the charge, but most likely would pass on additional costs if they incurred them; and that the cost to the city in providing granular data for each property was not a sound budgetary practice.

“Once a homeowner says, ‘I want you to look at my property, because I know that my neighbour did not do what I did, and I want to pay less than him,’ then you are talking about a level of detail that we just don’t have.” Consequently, Di Gironimo recommended the charge be shelved until it was possible to determine the best method for implementing a dedicated stormwater charge, without generating costs outside of the ten-year plan.

“It came down to deferring some capital and that wasn’t the objective,” he said. “We were prepared to make the investment for what was proposed in the report; that was approximately $2 million in administration to generate $275,000 of our revenue.” But the costs to do the programs that were being asked for by some homeowners, it might have gone up to $8 or $10 million in one year.”