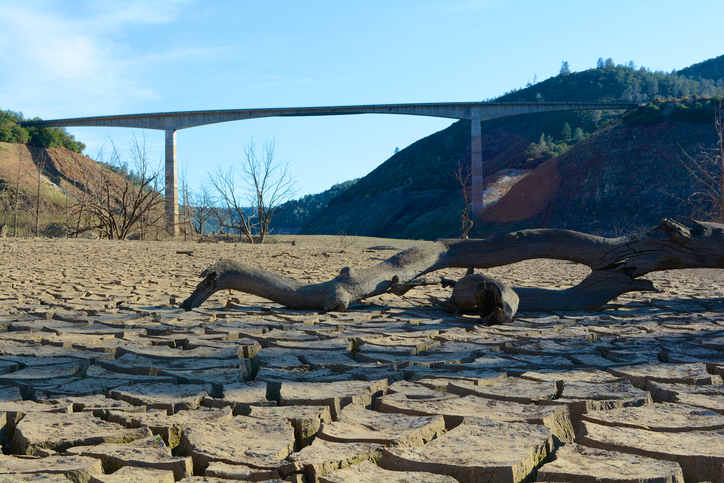 Steinbeck was right. A new study has found that some droughts can travel hundreds of kilometres from their point of origin and that once a drought reaches a threshold of intensity, conditions will worsen before improving.

The study, published March 4th in the journal Geophysical Research Letters, was conducted in collaboration between researchers working the U.S. and Austria. They modeled individual drought events between 1979 and 2009 and tracked their evolution in both space and time. Past drought research, according to the authors, has largely focused on the evolution of droughts over time in a fixed region or how a drought of a given duration evolved spatially.

Drought clusters were identified using soil moisture data from the Climate Forecast System Reanalysis. Propagation of a drought was then tracked by evapotranspiration, moisture fluxes, and precipitation events to determine their spatiotemporal evolution from the initial cluster. The study found that most droughts remained near their point of origin. However, in 10 per cent of clusters, the drought traveled between 1,400 and 3,100 kilometres, determined by the distance from the median centre of the initial drought cluster. The distance traveled was also dependent on the drought’s continent of origin.

The study revealed that “a small subset of the most intense droughts move across continents in predictable patterns,” according to the International Institute for Applied Systems Analysis (IIASA), one of the partner institutes in the study. The traveling droughts tended to be the largest and most severe.

Julio Herrera-Estrada, a graduate student in civil and environmental engineering at Princeton, and the study’s lead researcher told the IIASA, “Most people think of a drought as a local or regional problem, but some intense droughts actually migrate, like a slow-motion hurricane on a timescale of months to years instead of days to weeks.”

The research identified specific patterns of movement based on the region from which they evolved. In Canada, droughts tended to move from north to south in the eastern and western regions; from east to west through the Great Lakes region; and in the prairies, they moved south to north, largely from points of origin below the 40th parallel.

A depiction of drought hotspots and the direction of their movement  generated from data gathered in the study.
©Julio Herrera-Estrada

The researchers believe that understanding the evolution of droughts is imperative to the preparedness of governments and citizens to take necessary precaution and action to mitigate the impact of droughts.

The study can be found online at the journal of Geophysical Research Letters, and further insights can be found in the article on the IIASA’s website.

B.C. Declares Level 3 Drought in Two Areas of the Province

As a Water Crisis Looms in Cape Town, Could It Happen...