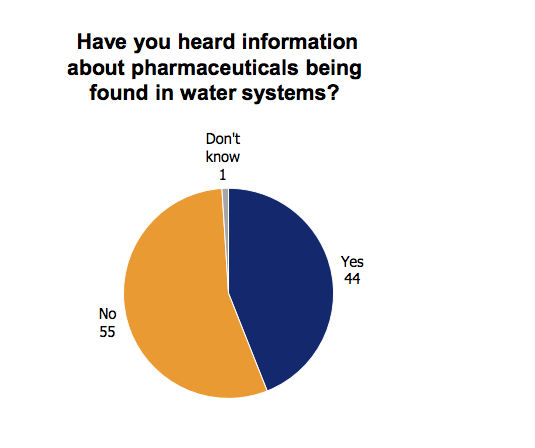 RBC has released its 9th annual Water Attitudes Study, conducted by GlobeScan this spring, providing important information on the perspectives of Canadians pertaining to drinking water, wastewater, the value of water, and water infrastructure.

Since 2008, the Water Attitudes Study has provided the only comprehensive, national study of the motivations, beliefs, and (in some cases) the ignorance of Canadians regarding water resources and management in Canada. New questions for 2016 revealed perspectives on water infrastructure.

Despite the fact that water infrastructure’s inferior place in the public’s priorities, almost a quarter of Canadian reported having experienced living in an area under a boil water advisory.

Impressions of Canada as an international leader in water and conservation technology remain stable (with seven in ten respondents feeling this way since 2013) but there has been a drop in expectations of Canada to help other countries better manage their water resources (60 per cent, down 14 per cent since 2013).

Also notable is that almost eight in ten Canadians believe that we should support organizations that address the issue of safe drinking water on First Nations reserves.

Both evidence-based decision making and regulations received support in the survey, with nine in ten Canadians (92 percent) agreeing that developing stricter rules and standards to manage water use by industry and municipalities is the best way that Canada can protect and manage fresh water better. There is also widespread agreement (90 per cent) that water management decisions should be better informed by science.

The 2016 results also included many questions that are consistent between surveys to show changes in attitudes over time. For example, the survey consistently confirms that freshwater is considered to be Canada’s most important natural resource, or to characterize what Canadians consider to be the greatest threat to freshwater.

RBC has undertaken the Water Attitudes Study since 2008. The results are used by governments, industry,  investment advisors, as well as water managers to inform policy, investments, and communications decisions.