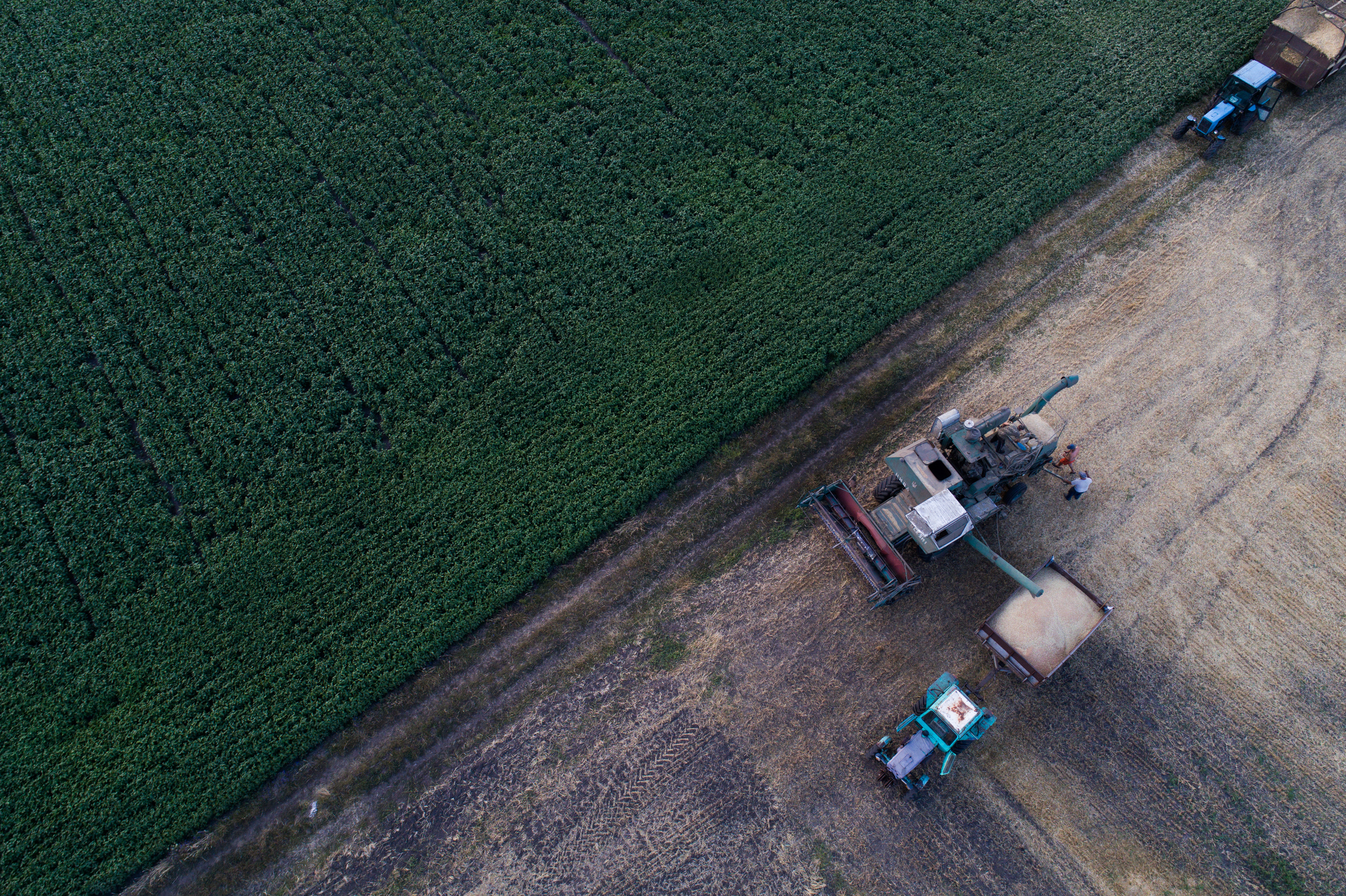 Massive networks of drains, pipes, and tiles that enable food production on much of the world’s most productive cropland are due for expansion and replacement to meet the demands of agricultural intensification and climate change. How that agricultural drainage infrastructure is updated will have enormous consequences on food production and the environment, according to a new study.

The study outlines the need for an overhaul of agricultural drainage infrastructure. Such an update would require major investment and widespread consensus from policymakers, taxpayers, and producers, said Michael Castellano, a professor of agronomy at Iowa State University (ISU) and lead author of the study.

But the effort would be a sound long-term plan with a range of benefits, Castellano said. ISU agronomists collaborated with scientists at the University of Kentucky and the Swiss Federal Institute of Technology ETH-Zurich on the study, which appeared in the academic journal Nature Sustainability.

“We have this enormous infrastructure investment that’s deteriorating and needs to be updated,” Castellano said. “If we update it the right way, we can benefit crop production and the environment. If we don’t, it will be extremely difficult to meet agriculture’s water quality goals.”

Croplands have been drained for millennia, but extruder technology invented in the mid-1800s enabled widespread installation of drainage systems, which rapidly spread from Europe to North America. Kilometres of strategically placed tiles and pipes allow water to flow away from farm fields, which keeps soils dry enough for farmers to cultivate crops. Without that drainage, many temperate humid croplands, such as the northern U.S. Corn Belt, would be too swampy to farm, Castellano said.

But much of the drainage infrastructure has outlived its design life and was built for a different era in agriculture, when pastures and forage crops that require less drainage than grain crops were more commonly grown. Climate change has increased precipitation, further taxing the aging drainage infrastructure, Castellano said.

An overhaul of agricultural drainage would require the installation of higher capacity pipes as well as the implementation of long-term conservation practices, such as denitrification wetlands, bioreactors, and saturated buffers. For instance, converting between 1 per cent and 6 per cent of Iowa farmland to wetlands can reduce nitrate loads by 25 per cent to 78 per cent.

Castellano said forging the consensus and raising the dollars for such a major undertaking would pose a serious challenge. In Iowa alone, there are nearly 4,000 drainage districts that make independent infrastructure maintenance decisions. Much of Iowa’s drainage infrastructure was built during the 1920s or earlier, Castellano said.

The study reported that a range of benefits would result from an update to drainage infrastructure. For instance, implementing conservation practices near the ends of drainage pipes would reduce the runoff of nitrogen fertilizer. That would improve water quality and reduce the amount of nitrogen that flows downstream and contributes to hypoxic zones, such as in the Gulf of Mexico.

In addition to this, better drainage would cut down on agricultural greenhouse gas emissions by reducing the optimal amount of fertilizers used by farmers. Dryer soils also release less nitrous oxide, a greenhouse gas.

“Overall, drainage increases crop yield and nitrogen fertilizer use efficiency – a win-win for the farmer and the environment,” said Sotirios Archontoulis, an associate professor of agronomy and co-author of the study.

Drainage systems built to address modern agricultural realities would allow for better yields and more resilient production systems. For instance, the study notes that wet and poorly drained fields experience more disease and suboptimal root growth. Wet fields also make it more difficult for farmers to get machinery into their fields to plant, harvest, and take care of their crops.

“Poor field trafficability can also delay planting, which has a direct negative effect on yield potential due to a reduction in growing degree days,” Archontoulis said.

Higher capacity drainage may have helped farmers this spring when rainy weather kept farmers out of their fields for weeks, Castellano said.