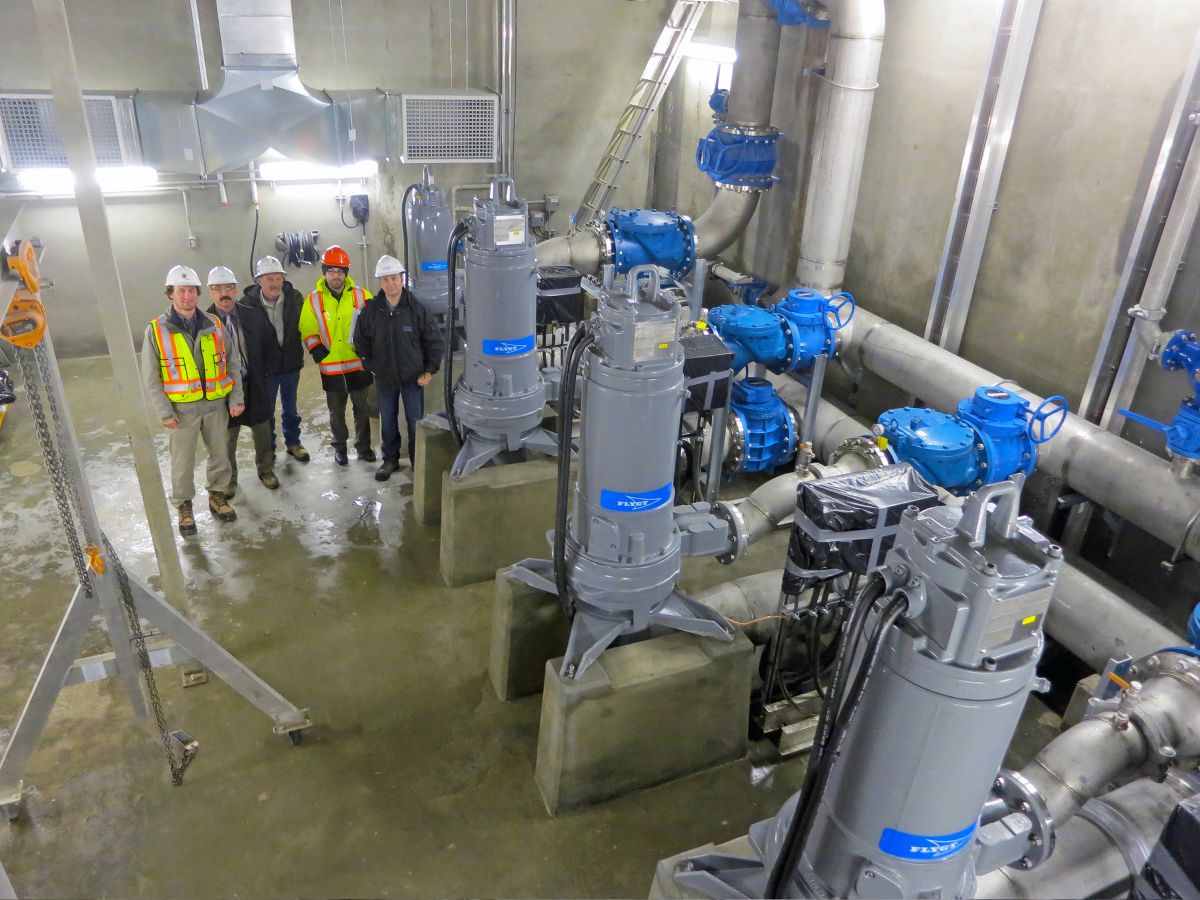 The project is being honoured with APWA’s Project of the Year award in the Small Cities/Rural Communities–Environment category. The award honours agencies representing cities and communities with a population of 75,000 or less that have include treatment and recycling facilities, landfill reclamation projects, and sewer projects.

The Small Cities/Rural Cities Project of the Year Award was established to promote excellence in demonstrating creativity, ingenuity and efficiency in the delivery of public works projects that have a profound impact on the community.

For 2016, the team of winners includes the South Red Deer Regional Wastewater Commission as the managing agency; Pidherney’s, Inc., as the primary contractor; and Stantec as the primary consultant; who was presented with the award during APWA’s 2016 PWX, Public Works Expo, annual conference in Minneapolis, MN.

Eight years ago, the South Red Deer Regional Wastewater Commission (SRDRWC) and Stantec started designing a system linking the central Alberta communities of Olds, Bowden, Innisfail, Penhold, Mountain View County, and Red Deer County to the Red Deer’s Wastewater Treatment facility. The 56-mile regional line alleviated the pressure faced by these communities and their overloaded treatment systems. The length of the South Red Deer Regional Wastewater System (SRDRWS) posed a huge design challenge in a highly populated corridor, and crossed several environmentally sensitive areas. Each government body—municipal, provincial and federal—had individual requirements that had to be met. The final product is a unique and sophisticated system.

Designed for a 25-year horizon, the $140 million SRDRWS will allow the communities along the line to grow at a steady rate. This project featured:

It was important that Red Deer wastewater treatment plant could accept the wastewater from them SRDRWS by completing extensive upgrades.

The APWA Public Works Projects of the Year awards are presented annually to promote excellence in the management and administration of public works projects, recognizing the alliance between the managing agency, contractor, consultant and their cooperative achievements. This year, APWA selected projects in five categories in the Small Cities/Rural Communities area: Disaster/Emergency, Environment, Historical Restoration, Structures, and Transportation.