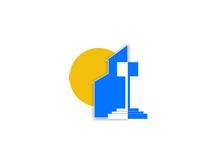 As we reported in our May/June issue, the City of Dawson Creek, B.C., and Shell recently reached an agreement to build the City’s Reclaimed Water Plant (RWP). This 10-year agreement is subject to elector approval.

The RWP will treat effluent currently released into the Dawson Creek to a standard suitable for industrial and municipal uses. This includes oil and gas production, dust control on roads and the watering of sports fields.

The use of reclaimed water will end the consumption of the City’s potable water for industrial purposes and will significantly reduce the amount drawn from the Kiskatinaw watershed.

“We all recognize the importance of water and the need to find long-term solutions for using such a limited resource,” said Mike Bernier, Mayor of Dawson Creek. “So we are very pleased with this agreement. It’s an opportunity that benefits both the people of Dawson Creek and local industry.”

Shell Development Manager Manuel Willemse said, “We were able to reach this agreement because our values are closely aligned with the City of Dawson Creek. The City and Shell both care about sustainability, and this agreement allows us to reduce our environmental footprint.

The City will fund its portion of the project out of its utility reserve accounts and will use the commercial sales of its allotment to recover construction and operating costs. The sale of the City’s portion of reclaimed water could result in revenues of more than $1 million per year.

This upgrade to the City’s infrastructure will meet future provincial and federal regulations for using reclaimed water and treatment of waste. Without this new agreement, the City could be facing a substantial investment in future sewer infrastructure.

With the RWP agreement, Shell will proceed with the construction of a pipeline to transport the water from the RWP to the Groundbirch area (pending consultation and regulatory approval). Shell plans to use the reclaimed water and recycled production water in its drilling operations.

The RWP will reduce the amount of surface water used for Shell’s development activities and as a result, minimize the impact on local water sources.

Public consultation will begin with a town hall meeting on September 13.