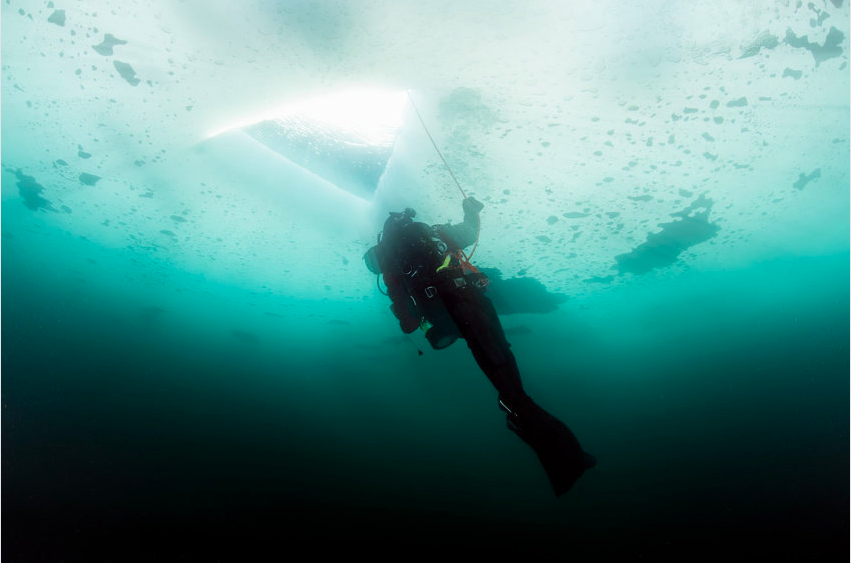 Liquid water is known to be an excellent transporter of its own autoionization products; that is, the charged species obtained when a water molecule (H2O) is split into protons (H+) and hydroxide ions (OH?). This remarkable property of water makes it a critical component in emerging electrochemical energy production and storage technologies such as fuel cells.

Life itself would not be possible if water did not possess this characteristic.

Water is known to consist of an intricate network of weak, directional interactions known as hydrogen bonds. For nearly a century, it was thought that the mechanisms by which water transports the H+ and OH? ions were mirror images of each other—identical in all ways except for directions of the hydrogen bonds involved in the process.

Current state-of-the-art theoretical models and computer simulations, however, predicted a fundamental asymmetry in these mechanisms. If correct, this asymmetry is something that could be exploited in different applications by tailoring a system to favour one ion over the other.

Experimental proof of the theoretical prediction has remained elusive because of the difficulty in directly observing the two ionic species. Different experiments have only provided glimpses of the predicted asymmetry.

A team of scientists at New York University, led by Professor Alexej Jerschow and including Emilia Silletta, an NYU post-doctoral fellow, and Mark Tuckerman, a professor of chemistry and mathematics at NYU, devised a novel experiment for nailing down this asymmetry. The experimental approach involved cooling water down to its so-called temperature of maximum density, where the asymmetry is expected to be most strongly manifest, thereby allowing it to be carefully detected.

It is common knowledge that ice floats on water and that lakes freeze from the top. This is because water molecules pack into a structure with lower density than that of liquid water. This is a manifestation of the unusual properties of water: the density of liquid water increases just above the freezing point and reaches a maximum at four degrees Celsius (39 degrees Fahrenheit/3.9 Celsius), the so-called temperature of maximum density; this difference in density dictates that liquid is always situated below the ice.

By cooling water down to this temperature, the team employed nuclear magnetic resonance methods (the same type of approach is medically in magnetic resonance imaging) to show that the difference in lifetimes of the two ions reaches a maximum value (the greater the lifetime, the slower the transport). By accentuating the difference in lifetimes, the asymmetry became glaringly clear.

As noted previously, water consists of one oxygen atom and two hydrogen atoms, but the hydrogen atoms are relatively mobile and can hop from one molecule to another, and it is this hopping that renders the two ionic species so mobile in water.

In seeking explanations for the temperature-dependent characteristics, the researchers focused on the speed with which such hops can occur.

Prior research had indicated that two main geometrical arrangements of hydrogen bonds (one associated with each ion) facilitate the hops. The researchers found that one of the arrangements led to significantly slower hops for OH? than for H+ at four degrees Celsius. Being that this is also the temperature of maximum density, the researchers felt that the two phenomena had to be linked. In addition, their results showed that molecules’ hopping behavior changed abruptly at this temperature.

“The study of water’s molecular properties is of intense interest due to its central role in enabling physiological processes and its ubiquitous nature,” said Jerschow, the corresponding author of this study. “The new finding is quite surprising and may enable a deeper understanding of water’s properties as well as its role as a fluid in many of nature’s phenomena.”

Tuckerman, who was one of the first researchers to predict the asymmetry in the transport mechanisms and the difference in the hydrogen bond arrangements, says, “It is gratifying to have this clear piece of experimental evidence confirm our earlier predictions. We are currently seeking new ways to exploit the asymmetry between H+ and OH? transport to design new materials for clean energy applications, and knowing that we are starting with a correct model it central to our continued progress.”

A large swath of other research, ranging from the study of enzyme function in the body to understanding how living organisms can thrive in harsh conditions, including sub-freezing temperatures and highly acidic environments, will also be impacted by the team’s findings.

The study entitled, Unusual Proton Transfer Kinetics in Water at the Temperature of Maximum Density was published in the Physical Review Letters.