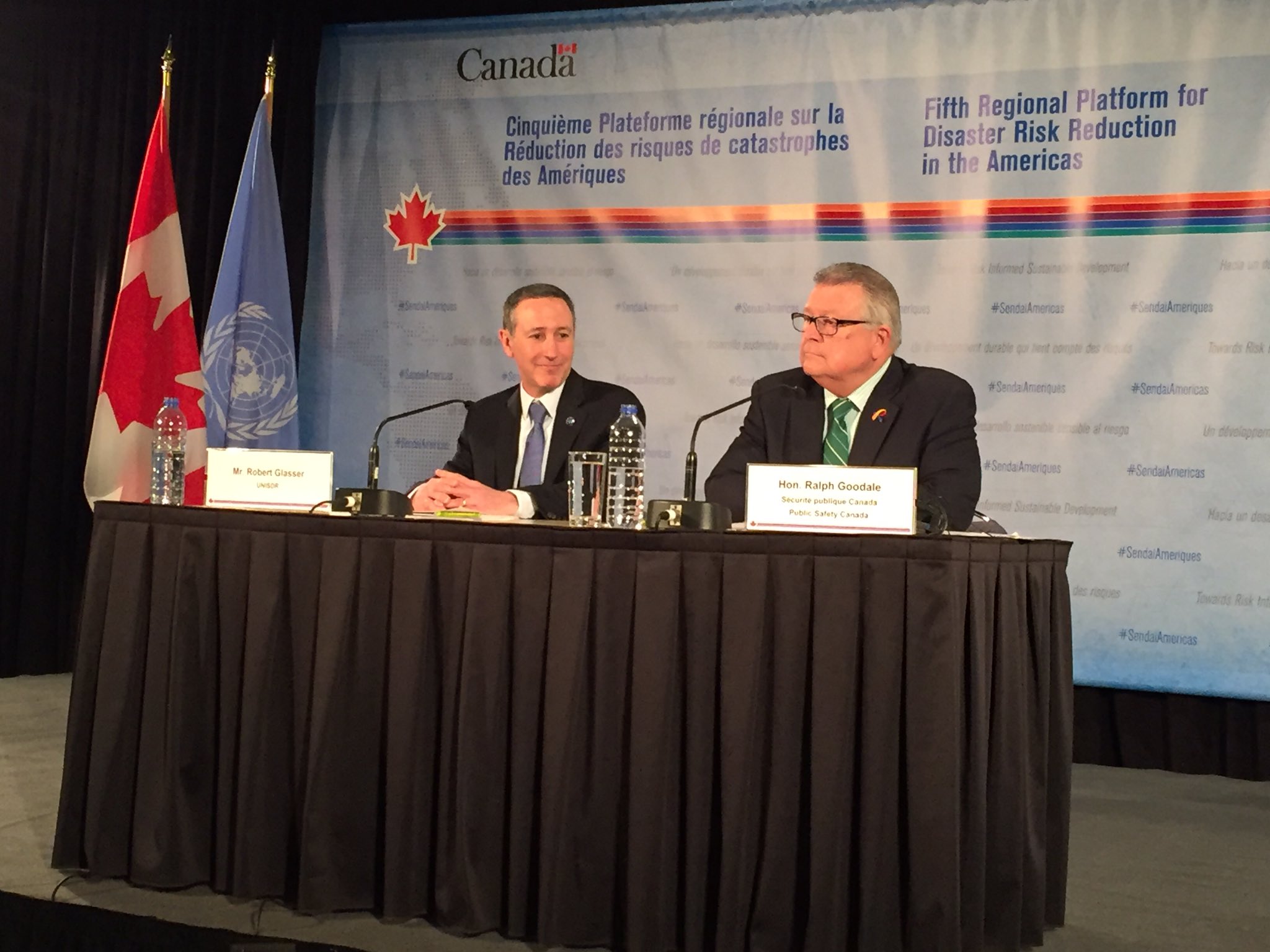 The Fifth Regional Platform for Disaster Risk Reduction in the Americas (RP17) concluded this week, which focused on regional policies for preventing natural and human-induced hazards, such as those exacerbated by climate change like flood, drought, and wildfire.

At RP17, delegates gathered to approve a Regional Action Plan (RAP) to meet the United Nations (UN) Sendai Framework for Disaster Risk Reduction (DRR) 2015-2030 commitments. RP17 came after a year that has thrown the spotlight squarely on risk in the Americas in the wake of events such as Louisiana’s catastrophic 2016 flooding, the Fort McMurray wildfire in Alberta, which has wrought serious consequences for water quality and treatment, and widespread drought in the Americas.

The Sendai Framework for DRR outlines four priorities for action to prevent disaster:

It was at RP17 that Ralph Goodale, Canada’s Minister of Public Safety and Emergency and Preparedness, released the Federal Floodplain Mapping Framework, a joint project led by Public Safety Canada and Natural Resources Canada, which will contribute to the Sendai Framework Priority One “Understanding the Risks”.

“Disaster risk reduction efforts have proven time and again that an ounce of prevention is worth a pound of cure. Our collective efforts to prevent and mitigate – as governments, stakeholders, and as proud citizens and community members – will cost far less than the cost of responding and rebuilding, and the loss of lives and livelihood,” said Minister Goodale.

The RAP moves the Americas towards a concerted regional approach among member countries in their efforts to build resilience and reduce disaster risk and impacts. It also serves as a foundation to further the implementation of the Sendai Framework for DRR through the identification of regional initiatives that contribute to one or more of the Sendai Actions, such as the FPMF.

In keeping with the Sendai Framework’s emphasis on the importance for governments to engage with Indigenous peoples on DRR policies, practices, and standards, Indigenous and Northern Affairs Canada co-sponsored and co-hosted with the Government of Mexico a parallel session at RP17 on Indigenous Communities and DRR. At this session, best practices related to “Building Resiliency through Reconciliation” were discussed.

RP17 and the RAP will contribute to the recommendations to be put forward by the Americas region at the upcoming Global Platform on Disaster Risk Reduction, to be hosted in Cancun, Mexico in May 2017.

Delegates in attendance of the Fifth Regional Platform for Disaster Risk Reduction in the Americas.