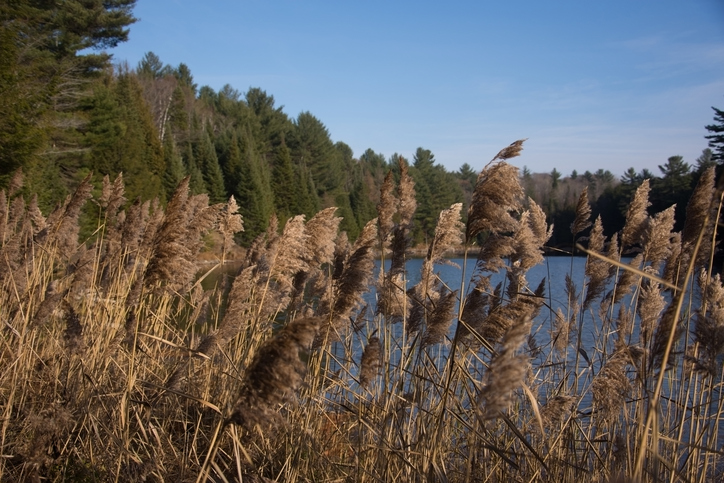 The team’s findings on the spread of the invasive plant species Phragmites australis in the Great Lakes and St. Lawrence River basin.

Considering a number of driving variables, the team of C. Issac Kinton, Peter Jacobs, and Sean McCartney evaluated the shorelines of the region over the period of 1985 to 2015. The driving variables examined were:

These variables were examined based on data from Shuttle Radar Topography Mission, Tropical Rainfall Measuring Mission, and Global Precipitation Measurement. The study resulted in probability maps of the basin that suggest the likelihood of the species taking root in the through 2020.

Phragmites australis threatens the health of wetlands in the Great Lakes and St. Lawrence River basin, because the reeds are not used as food by native wildlife, and as the reeds die, they accrue in the wetlands, piling up to prevent the natural formation of marsh lands. This in turn disrupts nutrient cycling in the area. Adding to the problem, the invasive species grows quickly and produces complicated root networks, making it difficult to remove from an ecosystem.

The study was produced in conjunction with Great Lakes and St. Lawrence Cities Initiative.