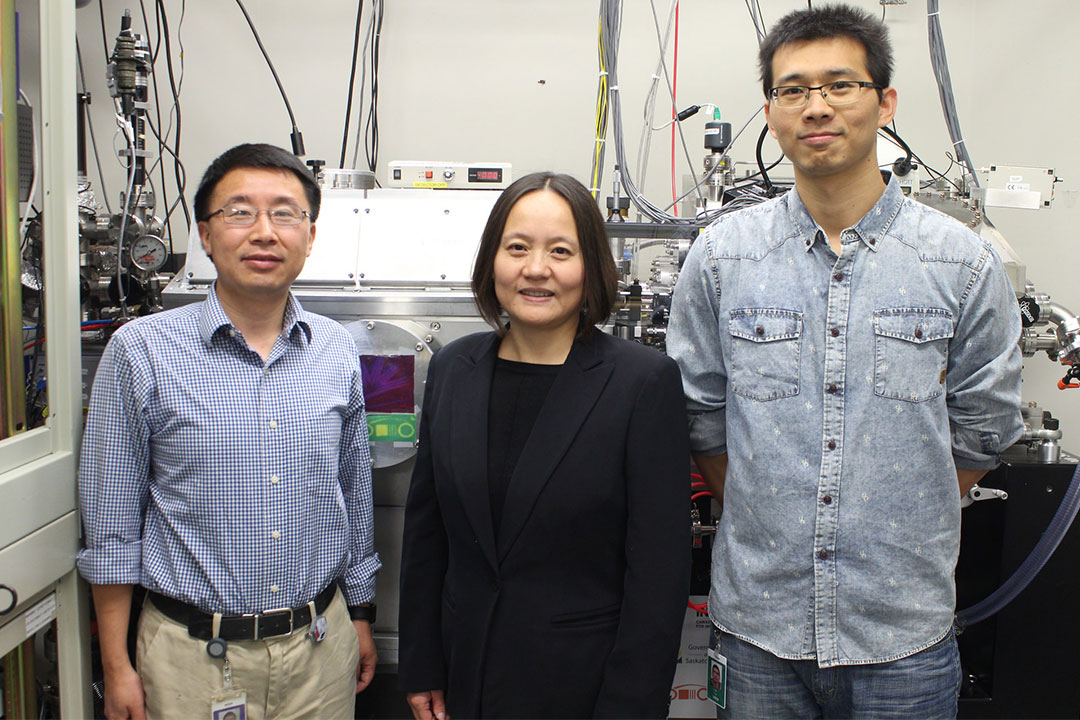 Pharmaceuticals, including antibiotics, are an increasingly common pollutant in water systems. Catherine Hui Niu, associate professor in the Department of Chemical and Biological Engineering at the University of Saskatchewan is exploring ways to use barley straw as an environmentally-friendly material to help soak up certain types of antibiotics in wastewater.

After pharmaceuticals are ingested by humans and animals, traces are excreted and end up in sewage and, eventually into the environment.  To date, there has been no cost-effective way to remove them from water sources.

There are some materials that attract pharmaceutical pollutants through a process called adsorption, and could hypothetically be used to help remove them from water, said Niu. But their adsorption capacities need to be enhanced to make them useful for large-scale clean-up efforts.

Niu and Bei Yan, a member of her research team, used the Canadian Light Source at the University of Saskatchewan to study samples of pretreated barley straw exposed to norfloxacin. It’s a type of quinolone antibiotic commonly used to treat bladder infections and a few other conditions and has been detected as a pollutant in some water and sewage samples.

The scientists’ work revealed some of the mechanisms of how the pretreated barley straw works as an adsorbent. They found that subjecting the straw to a chemical and microwave heating protocol actually improved its adsorption qualities, specifically for removing the antibiotic norfloxacin from the water. These results have been published in Chemical Engineering Journal.

“The pretreated barley straw’s adsorption capacity is much higher than many other materials out there,” said Niu.

In fact, it is about six times higher than that of untreated raw barley straw.

Although the research is still at a laboratory stage, Niu said that understanding the mechanisms is an important step for scaling up new water treatment technologies.