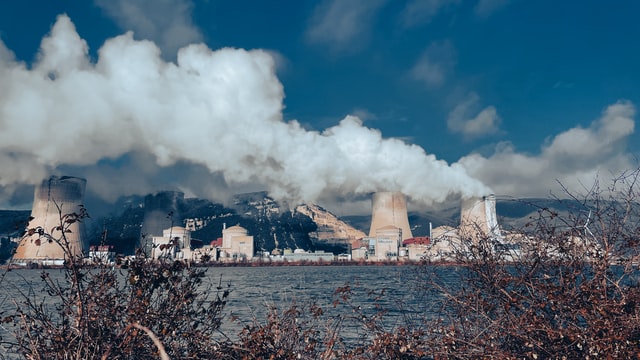 Quebec – Coastal facilities around the world must be designed to be protected against extreme sea levels. However, according to a team of Quebecois and French researchers from the Institut national de la recherche scientifique (INRS), the Institut de Radioprotection et de Sûreté Nucléaire (IRSN), and the Université Gustave Eiffel, current estimates of coastal flood risks contain biases. The scientists therefore came up with a methodology that allows historical data to be used more efficiently and optimally. Their work, recently published in the journal Water Resources Research, may have important implications for risk management, particularly when it comes to the protection of coastal nuclear power plants in several countries.

“The novelty of our work lies in the fact that we can incorporate all available sources of information to create the most accurate estimate of the risk. The methodology we developed also makes it possible to correct the biases of previous tools,” explains Laurie Saint Criq, first author of the study, who carried out this work as part of the co-supervised France-Quebec doctorate at IRSN and INRS.

Sea levels are characterized by predicted tides and surges. Statistical analyses of the measured data often focus on surges, which are random variables. “The proposed method makes it easier to use record sea levels found in archives, which are absent from the data recorded by tide gauges,” says Eric Gaume, head of the Geotechnics Environment and Risks department at the University Gustave Eiffel and co-author of the study.

The study focused on the case of coastal nuclear power plants in France. According to guide no. 13 of the French nuclear safety authority (Authorité de Sûreté Nucléaire), nuclear plants must be protected from sea levels equal to a maximum tidal level (taking into account changes to the average sea level) plus a surge that has a one in 1,000 chance of being exceeded every year, i.e. that can occur on average every 1,000 years. However, at some stations, the recorded data only go back 30 years.

“It is unrealistic to estimate a 1,000-year surge level with only 30 years of data. This is why we are looking to integrate historical data, to increase the observation time,” says Laurie Saint-Criq, a doctoral student at INRS.

Growing risks due to climate change

Taha Ouarda, professor at INRS and Canada Research Chair in Statistical Hydroclimatology, reminds us that with climate change, extreme weather events will intensify and that we have already surpassed the estimated risk threshold, as calculated 20 years ago.

“Our results show that some of the methods and estimates of extreme sea levels that were used when building such major structures were wrong,” says Ouarda, co-author of the study.

According to the research team, the proposed methodology will be of great interest to many countries around the world and to several nuclear plants. It could also be used for other types of coastal infrastructure, such as ports or bridges.

“High surges are caused by storms that, by nature, affect a wide area around the studied site. Therefore, in addition to the time component, there is a geographical component that provides very useful information to define extreme surges,” says Yasser Hamdi, co-author of the study.