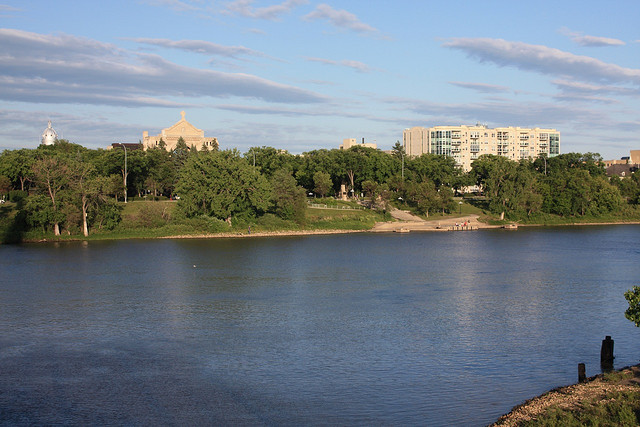 The Red River Basin Commission (RRBC) has joined the growing list of signatories to the Lake Friendly Accord, signifying the first cross-border support for the accord. Conservation and Water Stewardship Minister Gord Mackintosh made the announcement on September 4.

“Manitoba is pleased to have more partners join the effort to protect water quality across the Lake Winnipeg watershed including in the Red River,” Mackintosh said. “It’s great to see this new support join the Canadian government, the Province of Manitoba, and the South Basin Mayors and Reeves who signed the accord on March 21.”

The RRBC was established in 2002 to address land and water issues from a basin-wide approach. It is made up of a 41-member board including representatives from Manitoba, North Dakota, and Minnesota.

“The RRBC is dedicated to developing and implementing a natural resource framework plan that includes six main focus areas including water quality,” said Jeff Lewis, the executive director of RRBC. “We look forward to working with the states of Minnesota and North Dakota and the Province of Manitoba to make water quality improvements to reduce the nutrient load of the Red River.”

The Manitoba government and the South Basin Mayors and Reeves partnered in June 2013 to announce the Lake Friendly Accord and establish the Lake Friendly Stewards Alliance. Their primary goal is to coordinate efforts and promote leadership to reduce phosphorus and nitrogen loading while also protecting water quality across the Lake Winnipeg basin.

In total, about 75 other stakeholders from across Manitoba have joined the alliance.