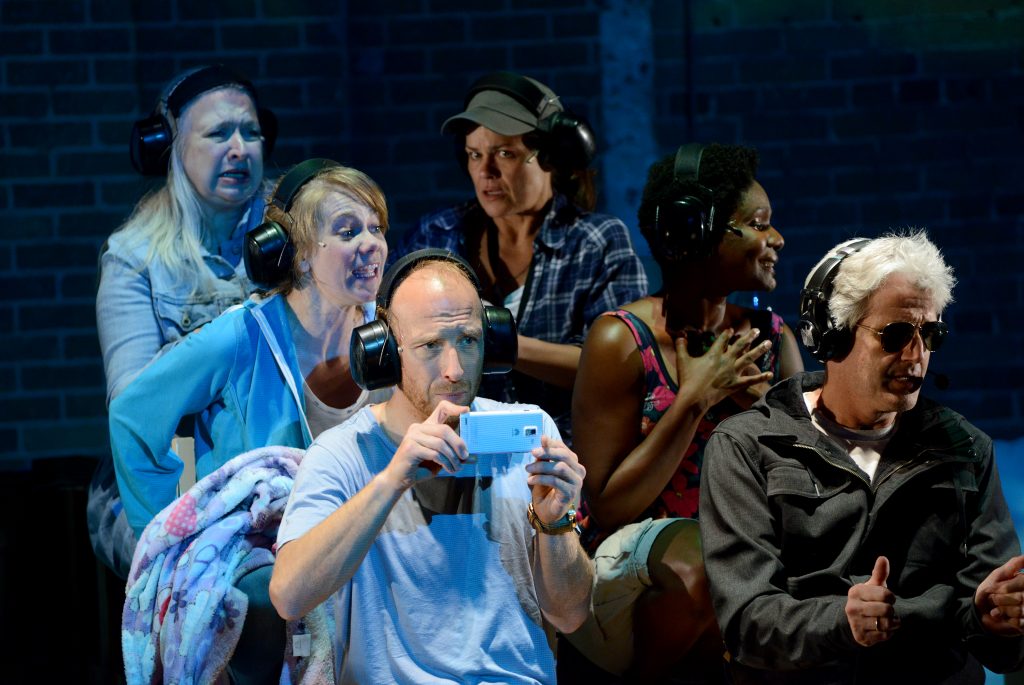 Annabel Soutar is a Montreal-based playwright and theatre producer. In 2012 Annabel was commissioned with Chris Abraham of Crow’s Theatre in Toronto to write a new documentary play about freshwater for the 2015 Toronto Pan American/Para Pan American Games. The Watershed, premiered at the Berkeley Street Theatre and is  playing at the Tarragon Theatre until Oct. 30 in Toronto. Water Canada caught up with Soutar to discuss her inspirations for the play.

Water Canada (WC): I understand that the play was inspired by your interest in the protests of those who opposed the budget cuts to the Experimental Lakes Area research facility. What was it about this issue/movement that struck a chord with you?

Soutar: The first thing that struck a chord with me and that convinced me this was a story worth following was the passion and dedication of Diane Orihel, who was the leader of the Coalition to Save ELA when I started following the story in the fall of 2012. Diane clearly put her scientific career on the line to advocate for the ELA, and that type of sacrifice moved me. I knew that the stakes of the story had to be high for someone to take such personal risks. I was right. I also sensed early on in my research that the ELA story was just the tip of the iceberg of a much bigger story – a dramatic story about the collision course that Canada’s economy and its environment was on in 2012. We are seeing the continuation of that story today as the Trudeau government attempts with difficulty to maneuver around the pipeline debate.

WC: Have many of the people that you interviewed for your research seen the play? What were there impressions?

Soutar: Many of the scientists who fought to save the ELA in 2012-14 saw the premiere production in Toronto in 2015. They were frankly amazed that the ELA story could be adapted into a play that entertains a general audience. They were moved by the work we did to make their story accessible and compelling on stage.

WC: Why will people working in the water sector appreciate this project?

Soutar: I believe that water sector people will feel gratified and inspired that the play makes the issue of fresh water in Canada personal and compelling. Too many Canadians still take access to fresh water for granted even though many signs today show us that a crisis is looming in the near future. Are we going to wait for that crisis to become full blown, or are Canadians going to use their imagination and courage to start making change? I think the play allows us to ask these questions without being preachy and by delivering a story with suspense, poetry and a great deal of humour.

WC: At the time of the protests, there were people who said that the ELA situation was part of a much broader erosion of science and democracy in this country. Do you think that we are back on the right track in that regard?

Soutar: I think that the federal Liberal government has shown that it will allow scientists to communicate openly with the public, which is an important first step. But science and democracy are influenced by forces much deeper than government policy. Today citizens are overwhelmed with a dizzying volume of information, much of it laced with spin and not based in fact. Moreover, citizens have little time because of their busy private lives to sort fact from fiction when it comes to complex topics like climate change and how to manage Canada’s economy. There is no simple solution to the problem of our eroding democratic discourse. The only long term effort I can support unequivocally is that Canada needs a better public school system where children learn critical thinking at an early age. Scientists can communicate as openly as they want about anything, but if no one is educated to receive their knowledge, what value does it have ultimately?

WC: Where else can people see this production?

Feds Invest $1.7 Million in Freshwater Research at the Experimental Lakes...